by Vivian KELLY Published on 3 December 2014 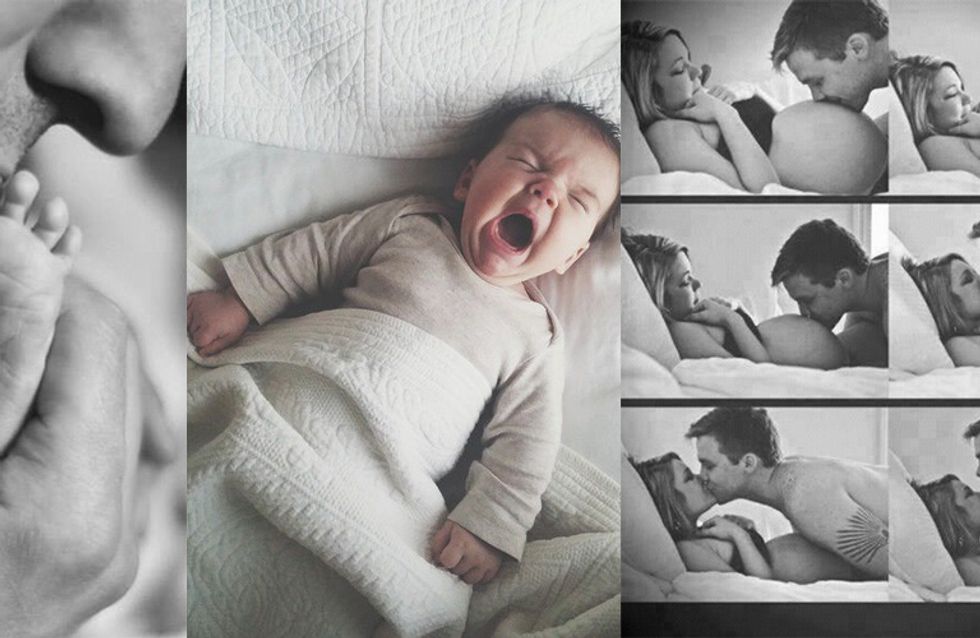 Feeling broody? This will come as big news!! According to new advice from the NHS, giving birth at home is a ‘safer’ option for many mums-to-be. Which means under the new guidelines for England and Wales A LOT (we're talking thousands) of women might be giving birth in their own living room, bed or even the kitchen floor. Here's what you need to know.

We can't help but feel like we've time travelled back to the 1950s! New evidence shows that almost half (45 percent) of women giving birth are at ‘extremely low risk of complications’ meaning a lot more of us could be giving birth at home or in midwife-led centres. And apparently, it's 'safer' too!

Yep, true story. ​This is because there's less medical intervention during the birth and surprisingly there is no increased risk of complications either (even for first time mothers)!

Health advisory body, National Institute for Health and Care Excellence (NICE) says the new advice calls for the need of more midwifery-led units and less pressure for in-hospital obstetric units in the future.

"Over the years evidence has emerged which shows that, for this group of women, giving birth in a midwife-led unit instead of a traditional labour ward is a safe option.

"Research also shows that a home birth is generally safer than hospital for pregnant women at low risk of complications who have given birth before.”

However, there are mixed views on whether or not this is a safe bet. Lucy Jolin of the Birth Trauma Association told the BBC: "Things can go wrong very easily and we do feel this advice could be dangerous.”

This news calls for greater freedom for mothers to choose where they want to give birth which is great. But essentially it’s really up to personal choice and how comfortable YOU feel.

So what’s your take on the big news - would you feel safe giving birth out of hospital?

Embarrassing Pregnancy Problems No One Talks About

10 Things You Ought To Know About The Lamaze Technique