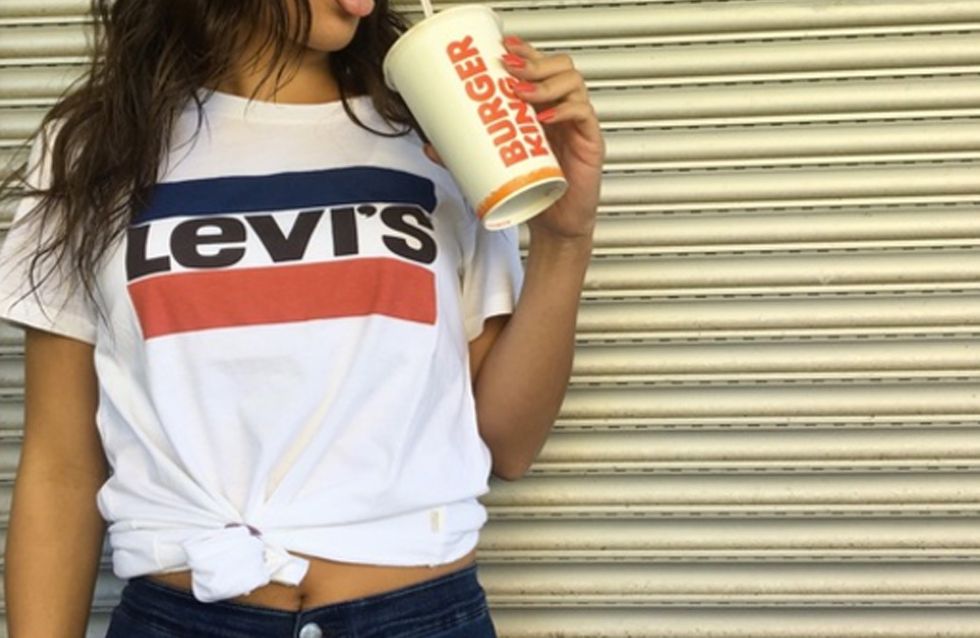 Last month we had the displeasure of informing you that the nation's favourite global coffee chains were found to have poo particles in their iced drinks. Now, an investigation by the same people - BBC Watchdog - has discovered ice at some KFC and Burger King restaurants is contaminated with "significant" levels of faecal bacteria.

The BBC Watchdog team are on a mission to curb your iced-drink habit, one shocking investigation at a time. Their latest project saw them test the ice at 10 UK branches of three of the biggest, global fast food chains: Burger King, KFC and McDonald's for faecal bacteria - or poo particles to the non-scientists among us.

And I'm afraid to say it's bad news - these so-called 'coliforms' were found in the ice at three McDonald's restaurants, six Burger Kings and seven KFCs - with four and five of the samples taken, respectively, found to have "significant" levels of the bad stuff, making the iced drinks unfit for human consumption.

An expert labelled the findings "extremely worrying" as drinking water is unfit for human consumption if it contains any more than zero coliforms, which puts into perspective just how dangerous these results are.

All three chains have responded to the investigation with KFC immediately putting the ice machines in the guilty restaurants out of order so they can carry out a thorough investigation. Additionally, the fried-chicken joint claims it has "reinforced the importance of adhering to our strict procedures to all employees" which I imagine include washing their hands thoroughly after using the toilet. They've also inspected and cleaned the ice machines in all its other branches nationwide.

Meanwhile, Burger King have promised to make significant improvements to staff standards and training procedures. Additionally, McDonald’s said they would be ‘happy to work with relevant industry bodies on ensuring a standard for ice contamination’.

It Turns Out Your Favourite Coffee Is Full Of Sh*t

You Can Finally Get Your McDonald's Delivered To Your Door With UberEats!

21 Epic Burgers Guaranteed To Give You A Heart Attack

Follow us on Pinterest!
You might also like
Retro foods - how many can you remember?
by Charlotte Hoddge
Foods that you can easily grow at home
by Charlotte Hoddge
Delicious ideas for a romantic Valentine's dinner
by Charlotte Hoddge
Get Your Caffeine Fix! All The Coolest Coffee Shops In London
by Lareese Craig
There's A Nutella Cafe In Australia And We Need To Go There
by Lareese Craig
100 Low-calorie Snacks Under 100 Calories
by the editorial team
It Turns Out Your Favourite Coffee Is Full Of Sh*t
by Helen Turnbull
14 Recipes Every Coffee Lover Needs To Try
by the editorial team
G&T 'Fun Buns' Are The Most Gin-Credible Booze-Food Combination Yet
by Helen Turnbull
Your Favourite Drink Just Got Tastier Thanks To Marshmallow Gin
by Helen Turnbull