by Pascale Day Published on 7 March 2016 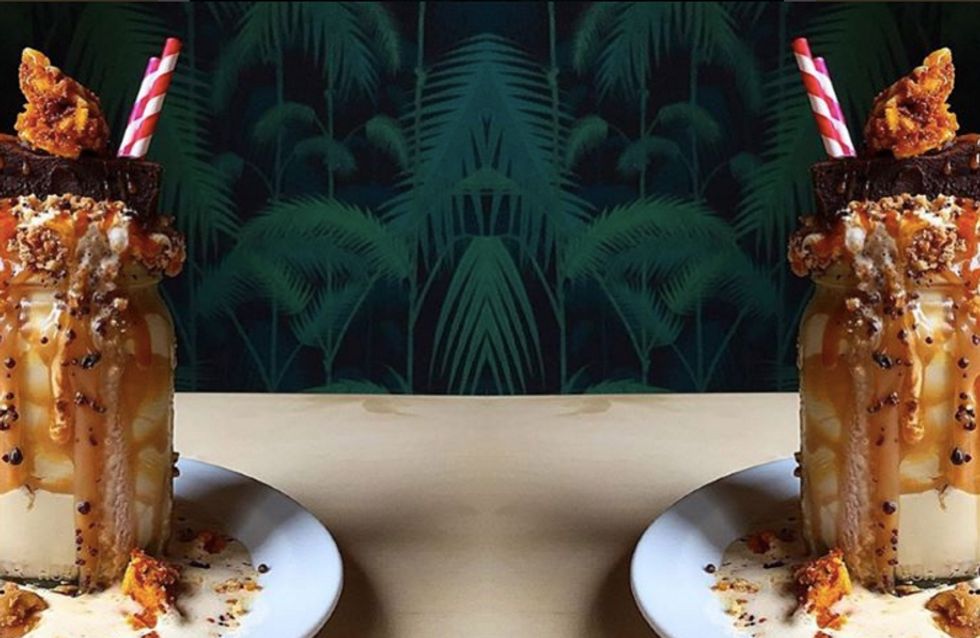 Finally, the drink of legends has emerged in the UK. The freakshake at New Dalston bakery Molly's Bakes combines our two favourite things: cakes and milkshakes. And while it'll wipe out a whole month's calorie intake in a day, it'll be totally worth it.

I want you to picture your dream drink. Is it a cool, crisp gin and tonic? A warming cup o' tea? A pint of cider on a summer's day? NOT ANYMORE. These freakshakes are so insane they'll make you never want to drink another beverage ever again EVER.

​Hailing from Australia, the freakshake was invented in Canberra by a crazy cafe who have absolutely no regard for your daily calorie intake. The combine all the greatest things in life: milk and sugar and desserts. See, the freakshake consists of thick, dreamy milkshake, topped with whipped cream, salted caramel sauce, petzels, nutella, brownies, doughnuts... the list goes on. Basically, anything super sweet you want on your milkshake, your wish is their command.

Now - hallelujah! - we no longer have to pay for ​a flight to Oz to experience these insane creations, as New Dalston bakery Molly Bakes began selling their own version of the mega milkshake. The shakes come in four different flavours - raspberry, chocolate, peanut butter and salted caramel - and then you get to pick your own toppings from a heavenly list of calorific choices. And if the fact that they taste uh-mazing wasn't enough, they are the most Instagramable food ever. Look! Just look at them!

It doesn't even matter how many times you've seen one, you just want to see more! They have the power to turn you into a total food perv.

London! Time to ditch that diet and shake off those January Blues! The #freakshakes trend has landed at Molly Bakes Cafe. We'll be serving these up from 6pm til 10pm tomorrow night. Come and build your own or choose from our four flavours. 450 Kingsland Road.

If you think you may have fallen deeply in love with one of these milkshakes - entirely possible, we assure you - then you can grab one or five at Molly Bakes, which stays open late Thursday, Friday and Saturday to accommodate cake lovers and freakshakers. You can find more out about Molly Bakes and the other delicious food they make here.

Have you had one of Molly Bakes' freakshakes? Let us know! @sofeminineUK