How to achieve your goals: We take some lessons in ambition from James Cracknell

James Cracknell certainly isn’t a man to rest on his laurels. The British rowing champion has won two Olympic gold medals – in Athens in 2004 and Sydney in 2000. He’s also rowed across the Atlantic with Ben Fogle, travelling nearly 3,000 miles in under 50 days, and has competed in the South Pole Race and the Marathon Des Sables – a six-day race across the Sahara Desert.

Surviving a serious cycling injury which damaged his frontal lobe, James not only recovered, but went on to take part in the freezing Yukon Arctic Ultra Marathon just six months later. As a man that knows how much work and dedication it takes to achieve your goals, we sat down with him to find out how we can apply his relentless motivation and inspiring philosophies to our own lives.

Here are the life lessons we learned from Cracknell….

What do you think the biggest challenges are when it comes to meeting career goals?

It can be a challenge when you have to change other people’s perception of who they think you are, and also the perceptions you have of your own self. If you impose limits on where you think you can get to or what you can do, that’s not going to help you. So I think you need to figure out your path and how you are going to get there. Realise that you might not get there straightaway, but you just have keep chipping away at it. Abraham Lincoln lost the first thirteen elections he stood for, yet he’s the only President of the United States with a statue in Parliament Square. He didn’t succeed immediately – he had to work to get there. Whether it’s sport, life, relationships or work, if you give up at the first knock back then you’re never going to get there.

What is your top tip to stay motivated? ​

You need to realise that not every day is sunshine, there are going to be hard days too. When I was at the Olympics in 1996, after four years of intense training, I came down with tonsillitis on the day of the Opening Ceremony so I couldn’t compete. I think if I hadn’t been able to race and had to watch everyone else, I wouldn’t have won four years later. When you get to a low situation, it’s all about how you react to it; you either give up or you move on. As my coach said to me: “To jump high you have to bend low.” But also you have to pick a target or a goal that you really want to do and that will keep you motivated. Make the people around understand why you want to do it, and then you can draw on them for help and support when you are going through tough times too.

Do you believe it’s important to set yourself big targets and goals in life? Or is it better to set lots of smaller ones?

I think it’s better to set a bigger one, but have smaller targets on the way. Also it’s important to reward yourself along the way to keep motivated. Have short-term goals, medium-term goals and then the ultimate long-term goal. Our last drink during Olympic year would be New Year’s Eve, and then we wouldn’t drink alcohol again for eight/nine months until after we had raced at the Olympics. You don’t want to get there and think: “If only I hadn’t got drunk at this party, I may have actually won that race.” It could be the difference between winning and losing. 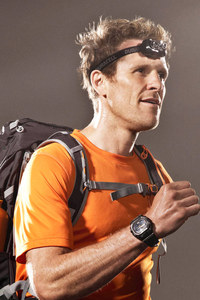 Do you ever write down your goals?

When I was a sportsman we knew what the goals were. In 1997, we knew our final race at the Sydney Olympics in 2000 would be at 10.30am on the 23rd September. It was there in the diary and we had to work towards it. But now, for anything I do – work, personal goals, family and friends – anything I do has to fit in with that. Otherwise the other parts of your life are going to suffer and its not going to be as much fun, so I think it probably does help to have a five-year plan, and to write it down!

How do you ensure that you’re not going through the motions, but rather performing to the best of the your ability?

There’s a difference between going through the motions and just ticking the boxes, and actually doing something to the best of your ability. That’s what makes all the difference. The time it takes to do it is the exactly the same. I think the key thing here is to be able to ask yourself tough questions now and then: “Did I work hard enough? Did I make too many excuses?” In life pick something that you enjoy doing – otherwise it will be very hard to stick at.

From your time as an Olympic rower and now as an adventurer, how do you strike the right balance between proving yourself individually and working with your teammates?

​It was actually easier in the sport I used to do because it’s so objective, unlike football for example. You had to show how fast you could go and how much weight you could lift to earn your spot in the boat. But at the same time there are four of us in the boat and each person is essentially either an arm or a leg, and without the other three then you won’t get anywhere. So you have to prove yourself to get in the boat, then you’re all in it together.

How do you make the right decision under pressure in a competitive environment?

Rowing at the Olympics is 5 or 6 minutes as hard as you can and there's no stopping, whereas in some of the longer races which have lasted weeks, you have a lot more time and it’s up to you when you stop. But when it’s left up to you when you rest, the obstacle comes down to making the right decision at the right time. You might think it’s too early to stop, but actually pausing to refuel and recharge will mean that you can keep that momentum going in the long run. That can be a difficult mental block to get over.

​You need to make a strategy and stick to it, being careful not to be too soft on yourself, but at the same time not drive yourself into the ground. It took me a while to get into that habit after the Olympics, because I never had to stop during a race before. I went from rowing 2000 metres at the Olympics, to rowing with Ben over 3000 miles for the Atlantic Race. During the first week of travelling with Ben my first thought was: “Well this is rubbish”. But you need to break it down into manageable chunks that you can see the end of, while also ensuring that you've gone a far distance. Part of that is making the right decision at the right time and remember that if you run anything too low, it’s difficult to recharge it fully recharge again.

Do you have a training mantra which inspires you?

Yes, times are tougher when you are working towards the goal and it helps to have a manta to keep you going. The actual race isn’t that bad, it’s the day in, day out training which is hard. Especially when it involves changing habits and taking a large proportion of time away from your life to achieve that goal. The hardest thing would be if you came back from your goal – for me the winning Olympics or getting the South Pole – and say: “If only I had…” There should be no “if onlys”. If you are going to do something, it’s going to be as hard at 90% as it is at 100%, so in your preparation just do 100% and then that way you won’t look back in regret. 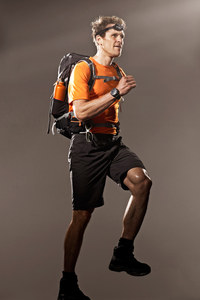 After winning and being so successful at so many events and races, how important do you think it is to keep raising the standard?

​It’s interesting that when I first started rowing with Steve Redgrave, he said to me: “It’s much harder to be a champion than an underdog.” And it’s true. If you’re the champion, you’re the one constantly raising the bar and everyone else is chasing. They know how fast they have to go, they’ve got something to aim for, whereas the champion has to look for something extra that isn’t there. It’s much harder to be setting boundaries and be the first person to do anything. So even if you’re a champion, it’s important to train like an underdog.

How do you keep positive after suffering setbacks?

There haven’t been any setbacks that I haven’t learnt from. You need to look at them and think: “Ok, what happened?” At the Atlanta Olympic Games, it was nasty when I fell ill after four years of training, but I had to ask myself why did I get ill and no one else? My immune system was lower and I think it was because I was training like an athlete but still living like a student. I made the decision then to not go round the supermarket and look at prices, but concentrate on buying and eating the right food. That’s the key thing about setbacks, looking at what you can learn from them to prevent it happening again. It’s often how you react to the bad times that determine whether you get to the point you want to get to.

In the darkest and hardest times, how do you find the strength and courage to keep going?

When you’ve made a choice to do something and it takes away from other things – especially when it’s spending time with your family – you think: “Well I’m missing them, they’re missing me, I better make this count.” It’s not fair on anyone –yourself or them - to waste time and not do it properly. Another thing is also the ability to be really positive and think I’m lucky to be here. I ran a big race in the Sahara Desert and people were struggling in the 50 degree heat, whereas I was thinking that there’s only so many times you will get to have this experience of running through the Sahara Desert. We’d all taken time off work and time away from our families to train for it and to do it, so the least you can do is enjoy it because in a week’s time you’ll be back at home. The ability to look up and realise how lucky you are is important whatever goal you set yourself.

James Cracknell is working with Duracell to empower people to achieve their goals. Visit Facebook.com/Duracell to follow James on his Power Me journey, share your personal goals with the Duracell community and for the chance to win a Power Charge from Duracell to power you towards accomplishing your goals.
​ 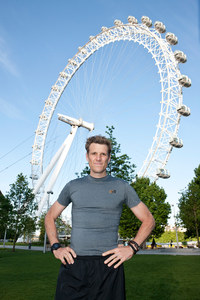