by Lareese Craig Published on 30 August 2017 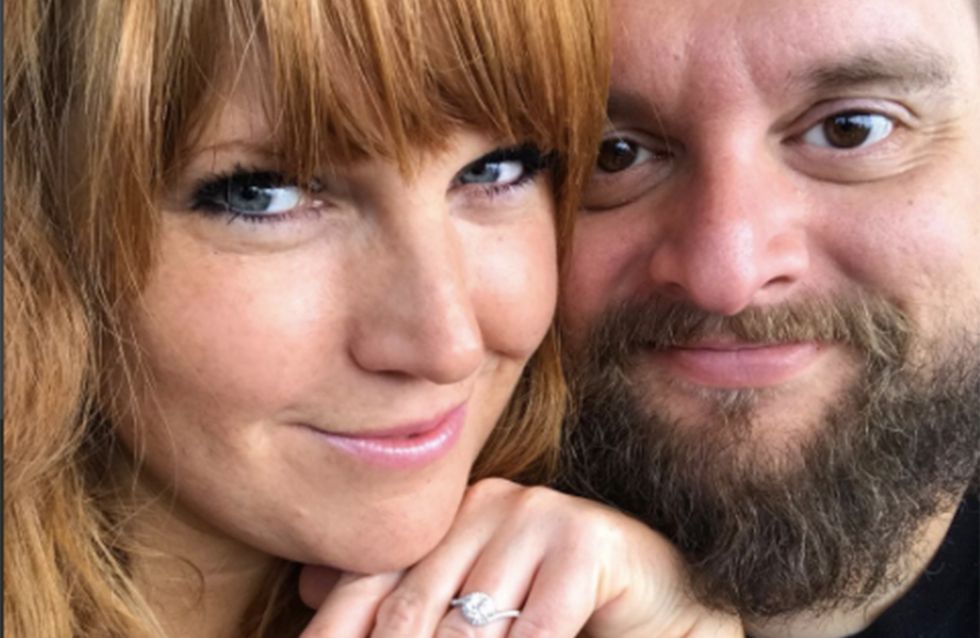 Engaged or not, the pressure to be the picture-perfect bride is very much alive and, like it or not, many of us fall victim to society's paradigm of the skinny woman in white. But not this bride. She's got some choice words for the fat shaming personal trainer who targeted her on Twitter and we are all for it.

If there's one thing a bride-to-be deserves to feel during the build up to her wedding day, it's happiness. And yet, some people out there beg to differ. Like this guy.

As a personal trainer - and thus, of course an omniscient deity - he took it upon himself to use this bride-to-be's engagement announcement to target her about her weight and pitch his services via Twitter.

Cassie Young, a US radio host and photographer, recently got engaged to her partner of 10 years, and like many of us she took to social media to share their news, alongside one very beautiful piece of ring bling.

Shorty after posting, she received a direct message on Twitter from a man claiming to be a personal trainer. The message read: "Congratulations on your engagement. Hire me to get you in shape for your wedding. I charge $75 an hour and I'm worth every penny."

For reference, Cassie's messages are in blue, the man who will remain nameless - unless you want to use some kind of pseudonym like, Giant Asshole - is in grey to match his soul.

To which we probably would have replied with a strongly worded message and a particularly apt emoji. I think you can probably guess which one, ahem.

Cassie, however, responded with more dignity than we ever could have. She simply said, "I am in shape. Thank you so much for your offer, though," at which point you would think said personal trainer thought, 'Ok, no sale here, let's move on'. But she had no such luck. This guy's not only rude but he's persistent with it.

Again, she responded with oodles of decorum as only a boss woman in control of her own body and self-worth, could.

At this point, Cassie starts to lose patience and we can see why - we can't handle the mansplaining either. She continues but to no avail:

YAY. Anyone else fist pumping right now? You messed with the wrong bride fella.

What do you think of this PT's message? Tweet us @SofeminineUK!