We're Getting A New Poo Emoji And It's The Sh*t 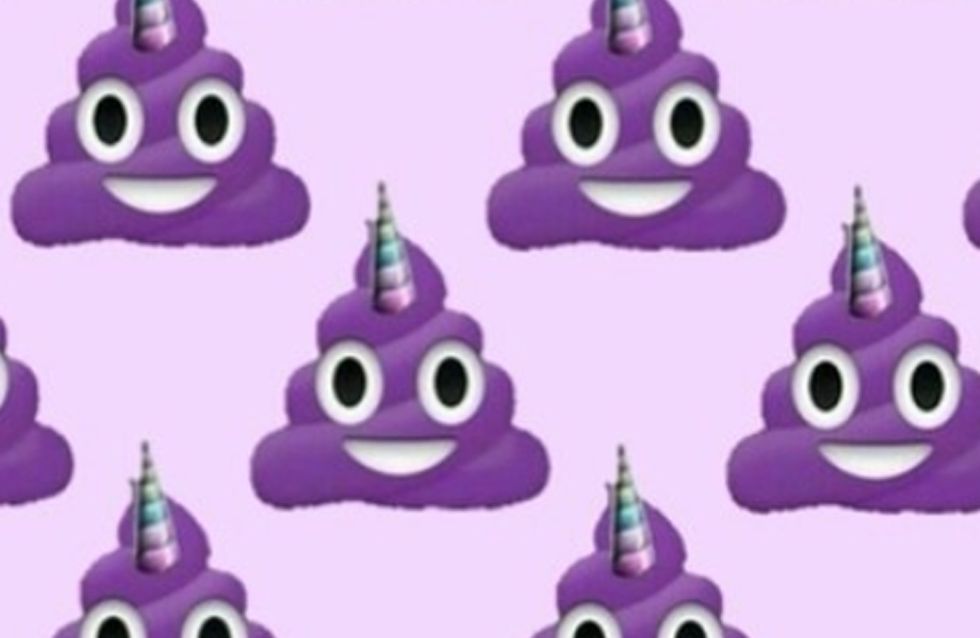 Nothing express our unwavering immaturity quite like the poop emoji - the one shaped like a serving of soft-serve ice cream, smiling like a lunatic. So big is the humble turd's fame, it's been realised in all sorts of naff memorabilia - key rings, plush cushions, T-shirts - the list is endless. But what if we told you 2018 could deliver a fresh new poop emoji, you'd be as happy as the little fella himself, right?

A life without emojis is not a life worth living IMHO so it's a good job then that Unicode - the people responsible for designing the mini picture icons - are working on 67 new additions for 2018. And while we're suitably excited by the prospect of getting afro and ginger-haired emojis which are included on the list of potential candidates, it's the poop emoji's 2018 makeover we're most psyched for.

The poop emoji could be getting a sad twin according to Unicode President Mark Davis who unveiled the 67 draft designs during the quarterly Unicode Technical Committee meeting recently. The fresh turd will feature a frown which will replace the smile - perfect for representing your exact feelings when you feel like utter sh*t, am I right?

We need a sad poo emoji

Man I can't wait to be a sad poo emoji

I feel like a poo right now. 💩 I wish the poo emoji had a version where it looked sad, cause that's me right now.

Other highlights in the running are peacock, kangaroo, bagel and flat shoe emojis - see the full list here. It's not yet been decided which icons will make the cut but the confirmed list is expected to be announced at the next meeting which takes place in October so it's not too long a wait.

Which is your favourite emoji? Let us know @soFeminineUK

The Explicit Emojis Taking Sexting To A Whole New Level

Redheads Rejoice! Ginger Emojis Are Coming To iPhones In 2018

by Helen Turnbull 52 shares
For all the best videos, memes and shareable news!