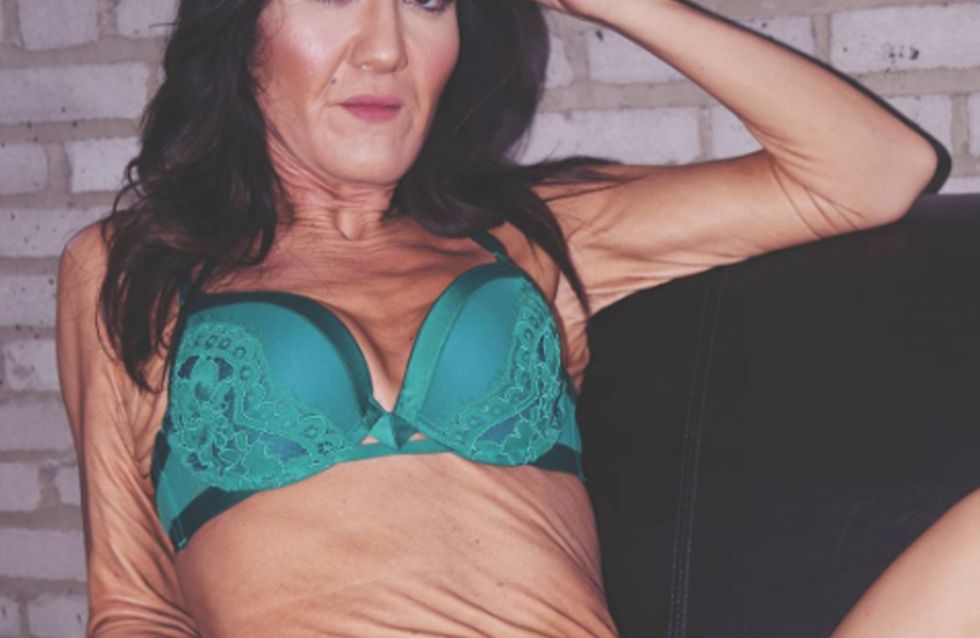 In today's women-are-the-best news, allow me to introduce you to Sara Geurts - a 26-year-old body-positive advocate who is championing the mantra that "each imperfection you have tells a story about who you are". Sara suffers from Dermatosparaxis Ehlers-Danlos syndrome - a condition which causes her skin to wrinkle and sag prematurely, making her appear older than her 26 years but rather than wallow in self-pity, she's embracing what makes her different.

Sara Geurts is no ordinary 26 year old. She's empowering women everywhere to learn to love their imperfections after years of hating her own skin. The body-positive activist and model was diagnosed with Dermatosparaxis Ehlers-Danlos syndrome - a connective tissue disorder which affects the body's ability to produce collagen, causing the skin to wrinkle prematurely - when she was aged just 10 but it was only when she was 22 that she truly made peace with her body.

She told The Sun: "I was very insecure when I was younger and now I feel I am the most confident I have ever been. I tried to cover up my skin constantly. But now I think it’s just the most beautiful thing ever."

Sara has since put her difficult teenage years behind her and no longer feels compelled to hide her imperfections - so much so she's launching her modelling career imminently. "Each imperfection you have is individual to you, and it tells a story about you and who you are, and the struggle and the journey that you have been on," she told Barcroft TV in a recent video.

Sara is only one of 12 people in the world who suffer from DES which also weakens the joints and muscles, causing a lot of pain, but she hopes by speaking up other sufferers will follow her leading example. “I would say to anyone living with Ehlers-Danlos out there who was struggling that the support groups out there are amazing,” she said. “You are beautiful and you can achieve whatever you want and whatever your dream is no matter what.”

And that's a mantra we could all live by.

Has Sara inspired you to show some more self-love? Share your thoughts on her inspiring story @soFeminineUK