by Teddi Ginsberg Published on 28 February 2014 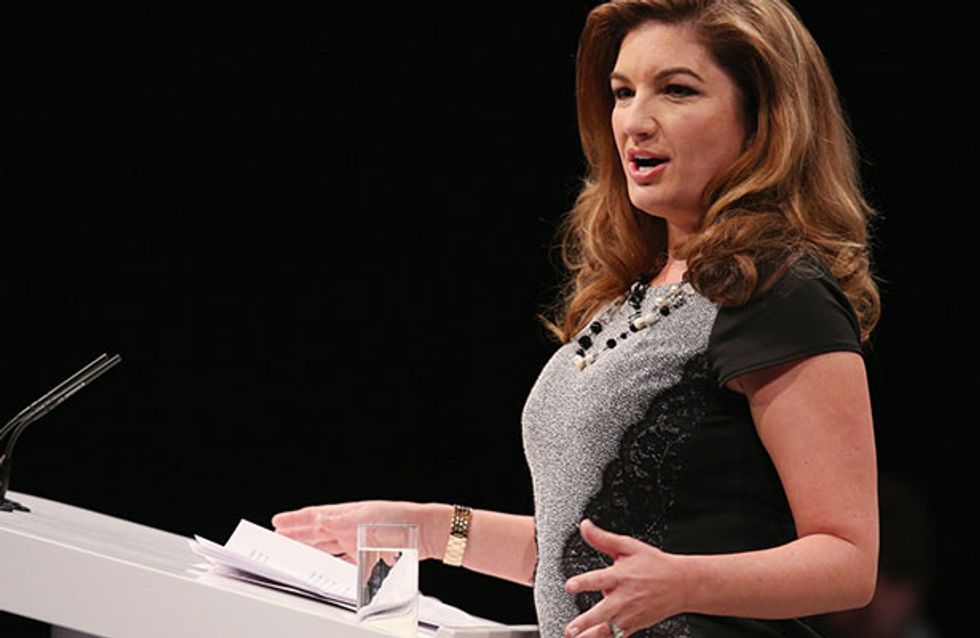 Every entrepreneur needs a fighting philosophy to get by in this dog eat dog world, which is why we're obsessed with this shortlist of female entrepreneurs. Each one of them have worked hard to be successful and in one way or another, they've changed the world. Are you ready to take notes on how to kick ass in the business world? There's a lot to learn from these fearless females!

When it comes to inspirational Oprah quotes there's whole fansites dedicated to them, but if you want one take-away lesson from the wonder that is Winfrey, adopt her tried and tested mantra:

"You get in life what you have the courage to ask for."

And seriously it's worked for the woman. We mean, what hasn't Oprah done? Actress, producer, talk show host, book author, magazine publisher, educator and television network owner (blimey! did we get it all?), Oprah just might be the most successful woman in today's world. She's also an incredible role model for single women as she achieved everything without a man by her side!

Oprah reminds women all over the world to be brave, and not to be afraid to take big steps in the direction of success.

Fashion designer Tory Burch has built up a multi-million pound business and according to her, the flame of success all starts from self-belief.

She says: "Sometimes women entrepreneurs are their own challenge, [in terms of] believing in themselves. There is no need to apologise for being ambitious."

She has single-handedly reinvented the ballet flat and her iconic "T" medallion logo is recognisable all over the world.

"My company is an extension of me, so when I designed my stores I wanted people to feel that they were in my home. I wanted stores that would feel like a comfortable room in my apartment, cosy and colourful and different," Tory said. "I wanted to create a new way of looking at retail."

Tory's chic, homey shops have challenged other retailers to think outside of the box when it comes to the customer experience. Tory set out to change the face of retail, and she did. Her business savvy proves that all women should be ambitious without being apologetic!

Arianna Huffington: Never give up

If there's one entrepreneur who knows how to make a business a success it's Arianna Huffington. As an author, a syndicated columnist, a politician and co-founder of The Huffington Post, following her entrepreneurial advice can only be a good thing. This is a woman who's not afraid to fail and isn't put off by success.

In her own words she said: "I constantly talk to my daughters about my failures... if you look at what makes people succeed, especially women, it's about not giving up."

Sara Blakely is the woman we have to thank for Spanx. She dared to believe that, "if we can put a man on the moon, we can make tights comfortable."

But her journey to global success wasn't always easy peasy.

At the age of 29, Sara took her entire life-savings of £3,000 and invested it to research a solution to a problem she herself faced: the need for tights that were slimming yet comfortable to wear.

She came up with the idea for her business but made a promise to herself not to tell all her family and friends what she was up to.

She said: "Don’t solicit feedback on your product, idea or your business just for validation purposes. You want to tell the people who can help move your idea forward, but if you’re just looking to your friend, co-worker, husband or wife for validation, be careful. It can stop a lot of multimillion-dollar ideas in their tracks in the beginning."

So trust your gut - not your head. It worked for Sara and she's now the youngest self-made female billionaire of all time.

She's the Chief Operating Officer of Facebook and founder Mark Zuckerberg's right hand woman. She was also the first female member to join Facebook's board of directors. But Sheryl is most notable for her best best-selling book, Lean In.

She said: "We hold ourselves back in ways both big and small, by lacking self-confidence, by not raising our hands and by pulling back when we should be leaning in."

The lady's got a point. ​So if you want to get ahead in business, start believing in yourself and fight the fear.

Jessica is the founder and CEO of Stella & Dot, a fashion accessory company that's sold via online channels and in-home parties. She more or less reinvented the home business opportunity for the modern woman.

When she started out she didn't listen to the people who belittled her idea of taking a Mary Kay approach to costume jewellery, and things kinda worked out in a big way.

She said: "When I started making jewellery in my living room, people thought I was crazy. I thought, 'Yes, I am! But who cares - I'm on my path to happiness.'"

We should also mention that she co-founded WeddingChannel.com at the age of 24. It's now the world's leading wedding site. When this woman does what makes her happy, things always come right in the end.

Jessica reminds us follow our hearts, no matter what anyone else says.

The fabulous Tamara Mellon OBE is a godsend to fashion. Not only is she the co-founder and former Chief Creative Officer of Jimmy Choo, but she's self-made fashion designer too.

With a blooming career at Phyllis Walters Public Relations she continued to triumph landing the post as accessories editor for British Vogue. But when Tamara spotted a gap in the market for high-end designer accessories she approached bespoke shoe-maker Mr. Jimmy Choo who both founded the luxe brand, Jimmy Choo in 1996.

She searched high and low to fund the new business including family contributions and sourced supplies from factories in Italy. Though recent years have proved that her and Mr. Choo didn't not always see eye to eye they're both pioneers for catapulting the brand to fame and that in itself deserves some major girl cred.

One of our favourite Mellon quotes? "I'm always impressed by confidence, kindness and a sense of humour.

“It doesn’t matter what you are wearing – if you have good shoes and a good bag, you’ll look right”.

So fabulous shoes, a handbag and a smile to match. Got it.

By 2011 Tamara sold her share of the brand and has since launched a brand of her own, Tamara Mellon.
In 2007 Tamara hit the big time when she made the Sunday Times Rich List as the 64th richest woman in Britain with assets worth £99 million (jaw-on-the-floor).

Tamara's success reminds us that a thank you can go a long way in the world of business. So leave the nasty at home ladies - being polite counts. Full. Stop.

She’s the former managing director of Birmingham City Football Club and currently the West-Ham vice-chair. She also recently replaced Margaret Mountford as Sir Alan’s business sidekick on the Apprentice. It's a sure thing that this strong woman knows a thing or two when it comes to climbing the top of the career ladder.

And if there's one thing we can learn from her it's finding your drive. Nothing great comes without motivation.

​She said: “Ambitious people have a spark that sets them apart. They don’t just accept their lot. They’re fighters and grafters and they claw their way out of often difficult circumstances.”

Find something you're really passionate about and stick things out to the end. Only then will you be prepared for unrivaled greatness.

She's all for girl power too. “Women have brains and uteruses, and we are able to use both.” Touché!

At 20-something Karren could already splurge on her first LV - she convinced Birmingham City club owner, David Sullivan to take her on which followed her rise to success.

As the Small Business Ambassador to the UK Government under the Prime Minister need we really say any more?

So what makes you tick? What's your motivation for success?

Who is your female entrepreneur role model? Tweet us @sofeminineUK