No-one wants to get on the wrong side of Alec Baldwin. But one journalist has done exactly that after he mistakenly reported that the actor's wife had been posting upbeat tweets during the funeral of Sopranos star James Gandolfini. It looks like an apology may be in order...

Alec Baldwin went into a Twitter meltdown after his wife was accused of tweeting during Sopranos star James Gandolfini's funeral.

The 30 Rock actor seriously lost his cool at MailOnline journalist George Stark before deleting his account.

Alec, 55, tweeted last night: "Someone wrote that my wife was tweeting at a funeral. Hey. That's not true. But I'm gonna tweet at your funeral."

Hours later, he continued: "George Stark, you lying little bitch. I am gonna f%#@ you up.

"I want all of my followers and beyond to straighten out this fucking little bitch, George Stark.

"My wife and I attend a funeral to pay our respects to an old friend, and some toxic Brit writes this fucking trash

"If put my foot up your fucking ass, George Stark, but I'm sure you'd dig it too much

He later added: "I don't have a publicist anymore. I fired them.

"How much of this shit are people supposed to take? With these fucking blatant lies EVERY DAY.

"My wife DID NOT use her phone, in any capacity, at our friends funeral. Now, fuck this twitter + good luck to all of you who know the truth."

Alec was obviously feeling emotionally charged after his friend James' funeral, who died of a heart attack last week.

His widow, Deborah Lin, and two family friends spoke during the service, with many of James' former co-stars in tears on the sad day.

But George Stark's rather scathing article claimed Alec's pregnant wife Hilaria was on Twitter during the emotional service. 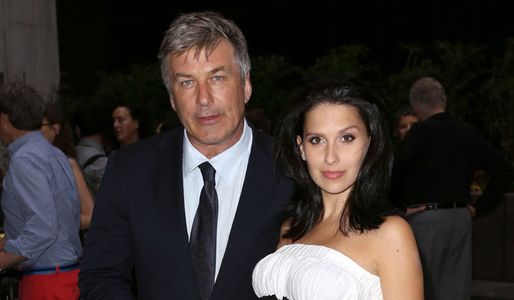 George claimed one of Hilaria's tweets included: "What did you do for your first wedding anniversary? What did you give your partner? Ours is coming up!"

But it seems he was mistaken that this was sent during the service - with different time zones the reason behind his confusion.

Hilaria, 29, tweeted following Alec's outburst: "My husband fights for me fiercely. It hurts to be misunderstood and it hurts to see your loved one in pain-even more so when she is pregnant.

"It is shameful the bullying that the internet allows for. 'Reporters', 'publications', and anonymous posters. Rage, greed and pettiness hurt.

"I hope that this reporter knows how much pain and drama he has caused from his poor journalism. Lying and bullying are shameful."

Hilaria then re-tweeted a post that seemed to explain everything: "Twitter converts timestamps into your time zone. @hilariabaldwin was in East, reporter in Pacific." 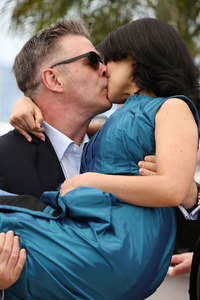