Attraction were the surprise winners of tonight's Britain's Got Talent final, after weeks of criticism because they're Hungarian. But the group's winning performance saw them pay tribute to the public, pulling at the heartstrings of Brits everywhere.

Shadow dance act Attraction were tonight crowned the winners of Britain's Got Talent 2013.

The show delivered a night of amazing performances, but perhaps the most memorable moment was the rogue woman who managed to run on stage during singers Richard and Adam's performance.

The unidentified female - who seemed to be disguised as a member of the orchestra - then started chucking eggs at a shocked Simon Cowell.

But the show boss took it all in good humour, joking that he hated eggs as fellow judge Amanda Holden helped him remove his jacket.

Despite the drama, the brothers' performance was a hit, with Amanda blasting the "silly cow" who tried to ruin their moment. 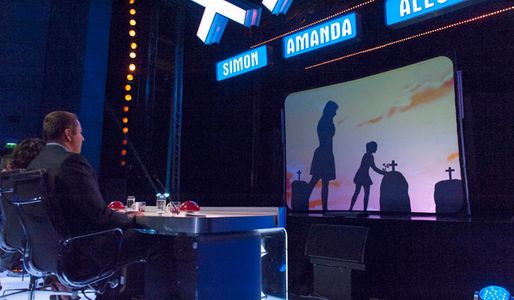 Though the judges commented that the siblings would probably go on win, it wasn't long before young comedian Jack Carroll looked set to steal their crown.

The 14-year-old - who suffers from Cerebral Palsy - quickly cracked (sorry) a funny joke about the egg incident and had the panel in stitches and on their feet.

Impressionist Francine Lewis wowed once again with her faultless impersonations of TV personalities, concluding her performance singing as Katie Price.

Young singers Gabz, Arisxandra Libantino and Asanda all proved they're not too young to deal with the pressure, delivering faultless performances.

Luminites - the four-piece labelled "the British Black Eyed Peas" - also impressed with a great song choice, as did Irish star Jordan O'Keefe with his own version of Katy Perry's Firework.

Dance troupe Pre Skool opened the show with an energetic performance, credited by the judges for their great personalities.

Ventriloquist Steve Hewlett was the wild card act and proved he deserved a place in the final when he whipped out Simon Cowell and Sinitta dolls.

But it was Hungarian shadow dance act Attraction's performance - which closed the show - that proved most popular.

The troupe paid tribute to the public, with a montage of British characters and monuments to the tune of Land Of Hope And Glory.​

The evening also featured a performance from dance sensation Psy and a world exclusive duet from celebrity BFFs Taylor Swift and Ed Sheeran. 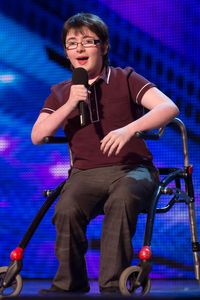