The hotly awaited remake of The Great Gatsby is hitting our screens next month and lead actress Carey Mulligan has admitted going straight in for the kissing scene to try to impress her co-star Leonardo DiCaprio and producer Baz Luhrmann.

Carey Mulligan was so desperate to impress Leonardo DiCaprio and Baz Luhrmann in her audition for The Great Gatsby that she kicked it off by kissing her co-star.

The British star admitted she was terrified in advance of the big audition and when she asked the producer Baz whether she should go in for a kiss, he told her to go for it.

She told Access Hollywood: "I was terrified of reading with him. But it said in the script that Daisy kisses Gatsby, so I asked if I should, and Baz said, 'Yes,' so I kissed him."

It's since come out that this helped Baz make his decision, choosing Carey to take on the role of Daisy Buchanan over competitors Blake Lively, Natalie Portman and Michelle Williams.

Hearing the news of her casting, the 27-year-old was so thrilled and overwhelmed that she cried.

Her brave move to kiss her potential co-star Leo, 38, was even more daunting as she's been a huge fan for a long time.

She told reporters: "I've always admired him so much, and always loved his work so much. I had no idea what kind of actor he would be.

"It turned out that he was just really a hard-worker and really generous to everyone else. He sort of wants everyone to be as good as they can be.

"In the audition, he started improvising off-camera, as Gatsby, just to help me give a better audition. That's how kind generous he is. He did that the whole way through the film."

Carey admitted to MTV that meeting Leo wasn't the only time she was going to be star struck when it comes to The Great Gatsby.

The thought of Jay-Z - the man behind the film's score - coming to the premiere has got Carey flustered.

She said: "I've been told he might come to the premiere, and I'm freaking out."

"Because he's the one person I'm going to meet and have no idea how to talk to. I've never met him. I'm genuinely nervous already.

"He's just this huge, like, genius. And I never in a million years thought I'd be in a Baz Luhrmann film with Leonardo DiCaprio, but with a soundtrack by Jay-Z? Yeah, it's pretty amazing."

The Great Gatsby will be released in the UK on 16th May. 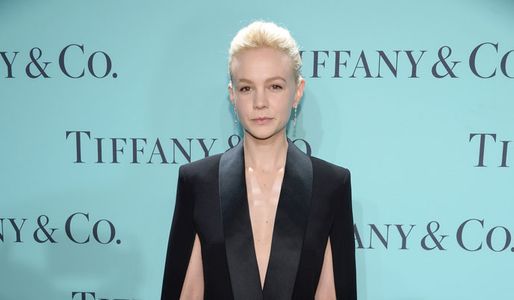 by the editorial team
+
All the news about Carey Mulligan