Woah! Craig David has always been fit and toned, but now the R'n'B star seems to have taken his weight-lifting to new heights. He's currently sporting an unbelievably muscly body, which he's been proudly showing off on Twitter. Check it out...

It might have gone pretty quiet on the music front where Craig David's concerned, but it looks like that's because he's been spending all his time in the gym.

The R’n’B singer has posted a new photo to his Instagram that shows off his shockingly toned physique.

Craig is constantly posting about diet and exercise to his 248,138 followers on Twitter, but we didn't realise quite how extreme his health obsession had become.

The 32-year-old uploaded a topless pic of himself and captioned the image on Twitter: "Some summer motivation! As a team..let's help each other & prove to ourselves we can do it! #EatCleanTrainDirty."

He wrote a separate, super-long caption on Instagram, which was rather rambling, but attempted to inspire his fans.

Craig wrote: "One of the best ways to help yourself stay focused throughout those days when you feel a little weak or lost is to put little reminders around you to help bring you back to the present moment and focus you before you do something you'll look back on and regret.

"In this case when I'm training hard and about to start my cutting phase where calories are reduced and I know there will be moments where I'll wanna eat every chocolate bar in my cupboard or especially when travelling on planes back and forth from Miami to Europe all the time...

"I just go to this photo on my phone...under the folder "Stay Focused" which reminds me instantly to get back on track and in this case reminds me how good it feels when I achieve my goal and don't listen to my "old inner weakness" voice trying to remind me of how I used to be! Trust me it works!!!"

"All I hear inside when I see this photo is..... Stop being weak and fix up...you've done it before, you can do it again! Booom! This quickly throws me back on course and on to completing my goal."

Craig goes on - and on - about focusing attention and believing in yourself, before hash tagging what seems to be his life motto - Eat Clean Train Dirty.

It could be argued that though Craig shows off incredible muscle in the snap, his face looks a little gaunt and he could have taken his fitness regime too far.

Craig lives in Miami now and is often snapped exercising on the beach or going to the gym.

But do you reckon he's gone too far, or does he look good? Tweet us @sofeminineUK. 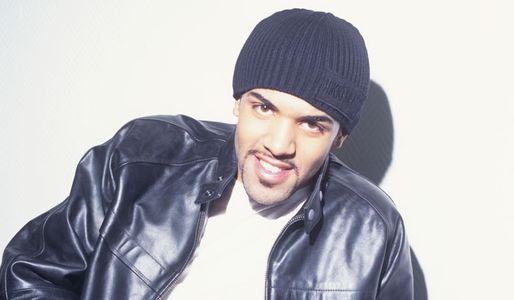