The second instalment of Doctor Who series 7 airs this weekend and we've got some snaps to give you a sneak preview of The Doctor's latest adventures.

The second episode of Doctor Who series 7 airs on Saturday.

The tale, starring Matt Smith as the Doctor, is called The Crimson Horror and takes the Timelord and his crew to Victorian London for a gothic adventure through the eerie streets.

The story is set to be another classic written by Mark Gatiss.

The Timelord is also accompanied by his trusty sidekick Jenna-Louise Coleman, who plays Clara.

The gorgeous brunette is almost unrecognisable with her period curly hairstyle - a full-on perm!

The gang are brought to the Capital to unravel a sinister mystery sweeping through the streets - The Crimson Horror.

There is an unexplained plague passing across London leaving victims paralysed with blood-red skin.

Doctor Who fans were chomping at the bit for the return of the series last week, especially with all the 50th Anniversary episode speculation.

Looks like episode two will have been worth the wait! 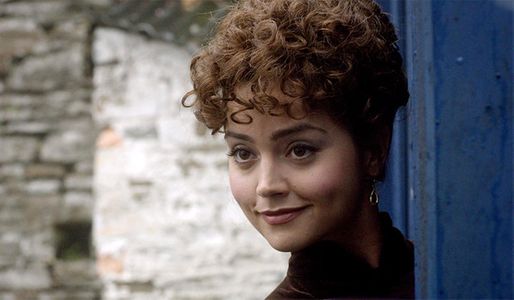