Get the three sexiest sisters in the same room as one of the world's most notorious sex fiends and there's bound to be some interesting chat. Kim, Khloe and Kourtney Kardashian were guest hosting a chat show with Russell Brand as a guest - and of course the conversation soon turned steamy.

Russell Brand was up to his old tricks when he appeared on E!'s hit chat show Chelsea Lately last night.

Chatting to the lovely ladies, Russell started to turn on the charms and suggest the four of them have some private time together.

Russell replied: “I think that you’re all very beautiful and it’s nice to see you all on a couch where you are malleable.”

Pregnant Kim Kardashian, 32 - who's expecting her first child with Kanye West - then got in on the action by inviting the English lothario to join the sisters on the couch.

Khloe - married to basketball star Lamar Odom - then took the conversation to a new, crude low.

Enthusiastic Russell, who's battled with sex addiction in the past, responded: “That is not necessarily, in some cases, an unattractive feature. I think pregnant women are very radiant and beautiful and the idea of lactation is a very interesting one.”

Not to leave eldest sister and mum-of-two Kourtney, 33, out of the fun, Khloe said: “Well you have the best of both worlds because Kourtney is lactating and Kim is pregnant and me I’m like raging waters, so you can get the best of everything.”

Russell then took the opportunity for a classic, bizarre Brand-style rambling: “I’m glad I made the journey - not just from my house but from England.

“I would traverse the universe for a scenario such as this one. Our very own Milky Way.

“A limitless foaming river of milk and orgasms.” 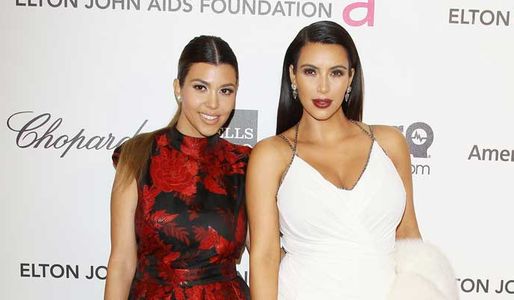