Cory Monteith - best known as Finn Hudson in Glee - has bravely made the decision to enter rehab for substance addiction. His long-term girlfriend and Glee co-star, Lea Michele, has made sure everyone knows she is proud of her man and will be sticking by him until he gets better.

Lea Michele has insisted that she will be supporting boyfriend Cory Monteith during his stay in rehab.

​The celeb world was shocked yesterday when it was confirmed that Glee star Corey - who plays goofy Quarterback Finn Hudson in the musical show - had been admitted for treatment over the weekend.

​His rep announced to People that Cory "has voluntarily admitted himself to a treatment facility for substance addiction."He graciously asks for your respect and privacy as he takes the necessary steps towards recovery."

​She told People: "I love and support Cory and will stand by him through this. I am grateful and proud he made this decision."

​Lea, who plays Rachel Berry in the show and has been dating Cory since early 2011, later wrote on Twitter: "Thank you all so much for all your love, support, and encouragement. It's means the world to us.."

​Cory last took to the social networking site on Thursday, when he cryptically told his 1,477,026 followers: "Such a beautiful day! truly seeing the forest for the trees. #gratitude."

​The actor and his girlfriend were last seen in public on 23rd March, when they attended a Los Angeles Kings ice hockey game at the Staples Center.

​The cast of hit show Glee are currently filming series four and 30-year-old Cory is expected to miss the final two episodes.

​A spokesperson for Glee said: "Cory is a beloved member of the Glee family and we fully support his decision to seek treatment."Everyone at the show wishes him well and looks forward to his return."

​Cory has struggled with addiction in the past and revealed in 2011 that he was admitted to rehab when he was just 19.He was open about his issues in the hope that he would help others avoid making the same mistakes he did.

​He said: "I don't want kids to think it's okay to drop out of school and get high, and they'll be famous actors, too.

​"But for those people who might give up: Get real about what you want and go after it." 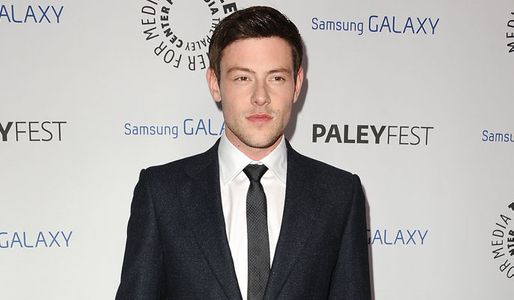