Does Stephanie Pratt know what she’s getting herself into? Spencer Matthews has been spotted out with the former Hills star, prompting rumours they could be hooking up. But this pairing may not be as random as they seem, as Spenny is actually mates with Stephanie’s brother, Spencer. There must be something about guys with that name…

Earlier this week we saw the Made In Chelsea star confess to cheating on girlfriend Lucy Watson, insisting he was sorry for what he'd done.

On the show's wrap party, Lucy was visibly upset as she told Spencer never to speak to her again.

And it seems she's got her wish, as Spencer appears to have moved on.

Rather fittingly, Stephanie is the sister of Spencer Pratt - another man who's rather unpopular with the public.

It's not known whether Stephanie is still in touch with her brother, as they were often at war on the show.

But she did tweet him and his wife Heidi a happy anniversary message back in April, so perhaps they're on better terms these days. 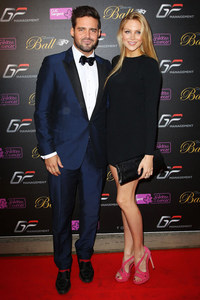 The Made In Chelsea star has often been compared to Spencer Pratt because of his "dark side", which we all got to see in fine form on the E4 reality show.

Lucy Watson's ex once said about his namesake: "I think he's a w*nker, but he's hilarious. He's every reason everyone watches the show.

"No one cares about what hair product Lauren Conrad uses, it's all about Spencer Pratt."

​And it seems the respect is mutual, as The Hills villain - who surprisingly came second with Heidi on this year's Celebrity Big Brother - tweeted Spenny back in May.

Awkwardly, though, it was when he was loved up with the feisty Miss Watson.

Mr Pratt posted a link to an article about the pair being TV's "hottest new couple" and wrote: "So pumped for @imLucyWatson & @SpencerGeorgeM making headlines!"

So it seems Spencer Pratt could have been the one who set up Mr Matthews' date with Stephanie.

Of course - every man would want Spenny to date their sister, right?

Lucy hasn't mentioned Spencer’s apparent new hook-up on Twitter, though she has been telling everyone about just how unfaithful he was during their brief time together.

Though it was originally thought Lucy could've been the one to change the serial player, it seems their romance was wrong from the start.

After finding out, via Twitter, that Spencer had cheated on her during a lads' holiday to Zante in Greece, other people "started coming out of the woodwork" and the numbers keep climbing.

Lucy has even found out from Spencer himself that he cheated on her while he was in Barcelona, just three days after she'd given in to his request to go out with him.

She said: "He stayed on in Barcelona for two nights. In that time he went out alone and got drunk, then slept with someone."

Still finding out specifics of different nights and different girls, Lucy explained to Now magazine: "We only had eight nights apart. I believe he cheated on me every day we were apart.

"I now think that he might have cheated on me during the day, when I was at work, too." 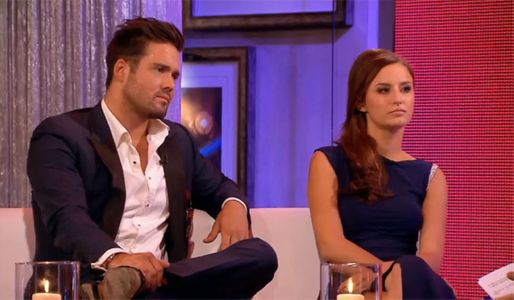