Made In Chelsea's Lucy Watson: I won't let Spencer Matthews treat me like a mug

Lucy Watson defied the advice of surely everyone who's ever met Spencer Matthews or seen even half an episode of Made In Chelsea when she started dating him. Despite his horrific track record with his ex Louise Thompson, Lucy is confident that she won't be taken for a ride.

Made In Chelsea's Lucy Watson is dating notorious love rat Spencer Matthews, but she insists she's nothing like his ex-girlfriend Louise Thompson.

It seems Spencer has somehow managed to convinced self confessed "player" Lucy that he's not a total pig.

She said: "Well, people only seeing the show only get to see one side to him. He's actually really good fun to be around."

We reckon he'd have to be - if he was as smarmy as he seems in MIC he'd surely have no friends at all!

Lucy is adamant that, though he may have treated Louise very badly - including sleeping with another woman in her bed - the same thing won't happen to her.

In fact she thinks Spencer's relationship with Louise was "toxic and should have ended a long time ago."

The 22-year-old has insisted she's "very different" to Louise, who took Spencer back in numerous occasions despite his unfaithfulness.

Lucy said: "She obviously trusted him a lot and tolerated a lot of his sh*t. If I saw any sign of that kind of behaviour, I would cut him off.

"If you let someone treat you like a mug, then they're going to carry on doing it." 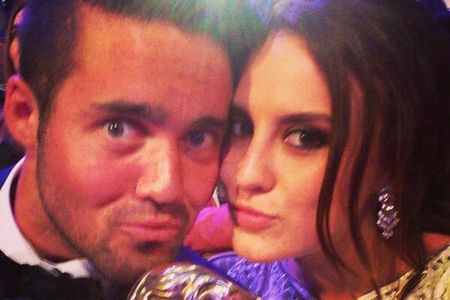 On whether she thinks he'll do to her what he did to Louise, she said: "He knows what I'm like, so it depends if he's willing to risk it."

In her interview with Heat magazine, Lucy also set the record straight over her fight with Olivia Newman-Young in Verbier.

Lucy has built up a bit of a reputation for stealing people's boyfriends and this wasn't helped when Olivia confronted her about hooking up with her ex.

She said: "I was 14-years-old when that happened. I was so upset when I found out that guy had a girlfriend."

She added that if she knew someone had a girlfriend, she would "never go there.

"I've been in situations where my boyfriends have had girls perusing them and it's horrible."

The pint-sized beauty also addressed the Jamie Laing debacle - earlier in the series Lucy claimed she'd hooked up with the Digestive biscuit heir, days before it was revealed he had a secret girlfriend, Tara.
​
Lucy insists that "he swore he didn't have a girlfriend" after she asked him "about 15 times".

To be fair, we didn't believe Jamie for a second. 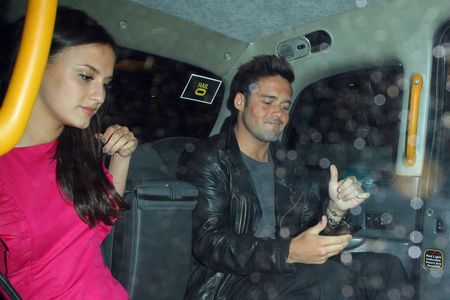