Made In Chelsea Season 5: Andy Jordan in tears after Louise Thompson "spends the night with Niall Horan"

As the finale of Made In Chelsea, we knew it was going to be good - it's just a shame the compelling TV had to come at the expense of the lovely Mr Andy Jordan. Last night saw Louise Thompson bear a striking resemblance to her love rat ex-boyfriend Spencer Matthews. Out all night with "some random guy" (cough, Niall Horan, cough) and shy of much remorse, this was not Louise’s best episode.

Knowing this was the final episode of the Made In Chelsea series five (sob), we had some pretty high expectations - and luckily we weren't disappointed.

There were a few filler scenes in the opening section as we all sat waiting for things to go down; dog yoga, Ollie kissing a girl and Jamie eating a sandwich - the usual MIC gold.

But then it got good.

Enter - he who shall for the foreseeable future be known as - Poor, poor Andy Jordan.

The dashing Chelsea boy cut a very sad figure as he arrived on his best bro Stevie Johnson's doorstep.

Then began a fairly worrying story about girlfriend Louise Thompson swanning off for a drink with "this guy that she had said she fancied" - a good start.

Andy continued to explain that not only had she not replied to his numerous texts, she also hadn't come home.

It turned out "she stayed the night at his house, he sent a car come pick her up...she lied the whole time." Oh. Dear.

Stevie summed it up pretty accurately when he sympathised with his pal: "That's dark."

He also pointed out what we were all thinking, which is "after everything Spencer put her through" it is especially outrageous behaviour.

And to quote holier-than-thou Spencer Matthews: "Mate, it would be drastically weak of him not to sack her off."

If we didn't have Twitter, we'd be pretty confident at this point that this would be it for these two as Andy admitted: "I'm struggling now to see how I can move forward with her."

Sadly we do have Twitter, which shows us that Poor, poor Andy Jordan is soft, and they are still together.

So, we assume, this is going to be one epic apology...

The confrontation was perhaps even worse than the story itself; Louise failed to see any fault in her actions while apparently having something stuck in either her nails or her teeth.

As Andy got closer and closer to tears, Louise went so far as to tell him: "I think it's a bit odd that you've made such a big deal out of this."

She also denied that she would have a problem if roles were reversed. Look at the tapes Louise, you definitely would.

To make matters worse she claimed the reason she hadn't got in touch was because "I'm not always on my f*cking phone."

Sadly for Spencer mark two, Rosie Fortescue had already informed the masses of her snapchatting ways from the night before.

As Rosie said, she was texting her telling her: “Oh my god, this is unbelievable, he’s playing guitar for me.”

Which, of course backed-up our pre-formed theories on just who her mystery man was.

She did make one attempt at an apology, though. A heartfelt "I'm sorry if it f*cked you off."

Queue the obligatory pop-dubstep fusion and the final "pardy" of the series.

With the whole room in agreement that Louise has lost it and has certainly developed "an element of Spencer's ways", it was time for round two.

Having told all the girls she felt the whole thing had been "overdramatised", Louise went on to finally admit to Andy that it was "really out of order".

And somehow that was enough.

Despite her less that convincing remorse, Andy told her: "I want to work through this."

With a final nod to the complete mess that was Louise and Spencer, Spennie stirs the pot one last time as he asks her: "Are you happy like when we were happy?"

Before telling her a part of him will always love her.

Nonetheless, the series closed with some serious PDAs from Spencer and Lucy Watson plus Andy and Louise, with the final words going to Millie Mackintosh.

In her final ever episode, she concluded: "No trust and no respect, I'll be surprised if they last the summer." 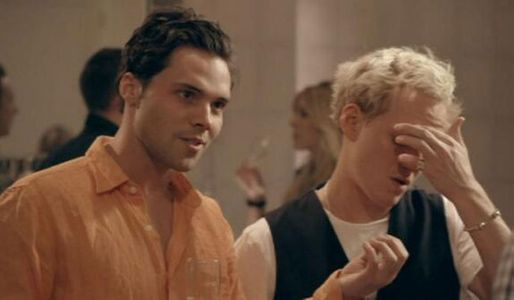 Francesca Menato
…
Made In Chelsea
From hair ideas to outifts, look no further for your daily inspiration