Hollwood actress and mum-of-three Reese Witherspoon's good girl reputation has been well and truly ruined after she and husband Jim Toth had a run in with police early on Friday morning...

Reese Witherspoon is feeling sheepish after she was arrested on Friday.
​
The Hollywood star has apologised for her behaviour, which was triggered when her husband Jim Toth was arrested for driving under the influence of alcohol in the early hours of the morning.

He was allegedly driving recklessly across Peachtree Street in Atlanta, with the police report claiming he looked and smelled of alcohol and appeared "dishevelled".

Reese allegedly refused to obey police orders and so was handcuffed and briefly jailed along with her Hollywood agent husband, whose blood alcohol level was reported to be .139 - well over the legal limit of .08. 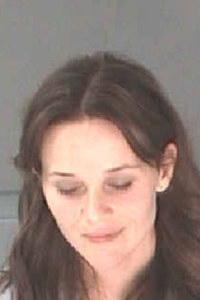 Reese Witherspoon arrest video: Actress tells police she's pregnant in shocking footage
US website TMZ have released videos of Reese Witherspoon's arrest on 19th April - and they're not pretty! The actress drunkenly shouts at the police officer in the clips and even claims she's pregnant - which she has since insisted isn't true. Look away now, Reese!

According to the police report, Reese had to be calmed by Jim as she asked the officer: "Do you know my name?"

She reportedly added: "You're about to find out who I am…You are going to be on national news."

Jim is reportedly facing charges for driving under the influence and failure to stay within his lane while on the road, while Reese's alleged violation is "disorderly conduct (obstruction)".

Reese - a mum of three - has since said sorry for her behaviour after making an appearance at the New York premiere of her new movie Mud on Sunday night.

She said in a statement: "I clearly had one drink too many and I am deeply embarrassed about the things I said.

"It was definitely a scary situation and I was frightened for my husband, but that is no excuse. I was disrespectful to the officer who was just doing his job.

"The words I used that night definitely do not reflect who I am. I have nothing but respect for the police and I'm very sorry for my behaviour."

Reese added that she couldn't comment further "out of respect" for the pending case. 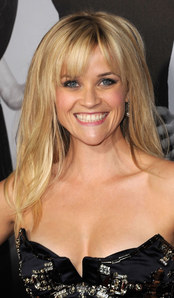 Esme Riley
…
#arrest
From hair ideas to outifts, look no further for your daily inspiration