We were all chuffed to find out last month that Caprice was expecting her first child with boyfriend Ty Comfort. But the good news doesn't stop there for the American lingerie model turned designer...

Pregnant Caprice Bourret has revealed that she'll soon be welcoming two new arrivals - but they won't be twins.

Shortly before Caprice found out she was expecting a baby naturally, she and partner Ty Comfort secured a surrogate mother to carry their child.

The couple's surrogate mother is expected to give birth in August, while Caprice is due just four weeks later.

Caprice told The Sun: "Words can’t describe our happiness when we knew we were expecting two miracle babies."

The 41-year-old and her millionaire boyfriend, who started dating in 2011, had struggled to conceive so decided to turn to surrogacy.

The babies will be born in the US, but the family will split their time between London and Los Angeles. 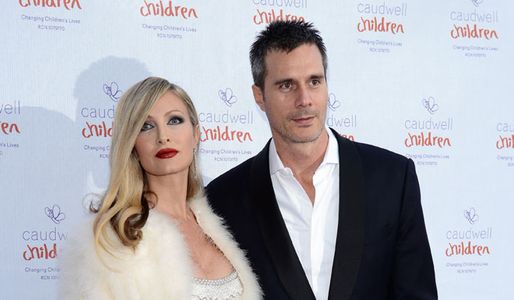 Splash! contestant Caprice: The show has ruined my sex life

Caprice - who already knows the sexes of both babies - added: "Like every career woman I worked so hard at being successful I left it a little late.

"But then to fall pregnant after our gestational carrier did was a miracle."

Caprice and Ty were introduced through friends after the lingerie designer's romance with Irish rugby star Roger Wilson ended.

Caprice has said of her relationship with Ty: "I still have to travel a lot for my business, but we treasure our time together. He accepts I have to do all this, but he doesn’t always have to be with me!"

She's never married or had children - instead choosing to focus on her career - but she's always made it clear she wants a family of her own.

In an interview last year, she said children were on her mind.

She revealed: "I've worked really hard within the business and the challenge of having children is what I'd like to do next.

"I am very determined but I think at my age kids are what I should do next." 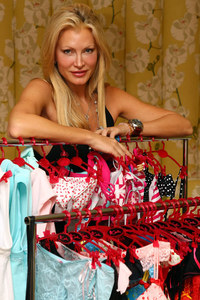