Royal baby news: Kate Middleton to move back in with her parents after birth?

Speculation over when, where and how the Duchess of Cambridge will give birth to the next heir to the throne is rife and now it seems one detail has been revealed: Where she will settle after the baby is born.

Kate Middleton's uncle has claimed that the Duchess is planning to move back home with her parents after giving birth.

The 31-year-old will become a parent for the first time in July and is reportedly planning to spend her first six weeks of motherhood at her old home.

Kate will obviously be looking to her mother, Carole, for support as she finds her feet with her new-born.

The new royal's uncle, Gary Goldsmith, told The Daily Telegraph: "The fact that they're taking the baby to Carole's for the first six weeks is genius.

"Carole's a brilliant mum - she is 10 years older than me and practised on me - and I think it's the right thing to do. It will take the pressure off Kate."

Gary went on to praise Kate for her poise in her role as the wife of Prince William and soon-to-be mother of the next heir to the throne. 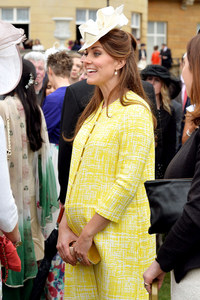 He said: "Kate's doing brilliantly in that role. She’s made the Royal Family more accessible.

"And you throw a baby into that mix - they’re going to do it fabulously.

"You just know that the baby is going to be introduced to the public fantastically well."

The pregnant star has been spending more and more time with her mother recently, preparing for the new arrival.

The pair were spotted in London last month buying a Moses basket for the baby.

It's unclear where Prince William will be during this first six-week period, but he's set to leave the RAF and return to his regiment in the Household Cavalry.

Until now he's been serving with the search and rescue helicopter team in Wales, but the new baby has brought him and Kate back to England and closer to the family. 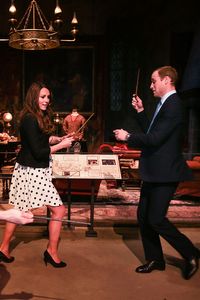