It's a sad day for the Spice Girls and their fans. If you were planning to go and see their musical Viva Forever, it's just been announce that it will be closing in June, apparently due to poor ticket sales - so hurry!

The last performance of the theatre show, which opened last November, will be on 29th June.

Viva Forever was ripped apart by critics when it launched, but it since seemed to fall in to public favour.

But ticket sales are said to have been poor and it's made a reported loss of £5million.

Judy said in a statement: "It is with a heavy heart that we’ve had to make this very difficult decision to post closing notices for this original show which is blessed with one of the most brilliant casts currently on the West End stage.

"We set out to create a contemporary story that truly reflects our time; to take a satirical look at the underbelly of a TV Talent show and the chaos that ensues for a mother, her daughter and their friends, a theatrical event to embrace all generations both on and off the stage.

​"Testament to that achievement is the standing ovation at every performance from an audience of families and friends all enjoying a great night out."​

"The show has evolved since we first opened and is now brighter, lighter and funnier, but despite the wonderful audiences and extremely positive feedback we just can’t make it work.

"I'm so proud of everyone involved in this production. VIVA FOREVER! may be taking it’s leave for now in the West End but the legacy of Spice Girls will never fade."

The Spice Girls have said in a statement they are "thrilled that the thousands of people who came to the show had as much fun as we did."

Some of the group - Emma Bunton, Melanie Chisholm, Geri Halliwell, Melanie Brown and Victoria Beckham - have taken to Twitter to express their sadness.

Emma, 37, wrote: "I am totally gutted that our wonderful show @vivaforever is coming to an end. Thank you to all our amazing fans for your constant support!"

And Mel C, 39, tweeted: "Absolutely devastated our wonderful show is closing. Thank you to our brilliant cast and everybody who made the show so incredible."

The other three girls are yet to address the bad news. We get the feeling Victoria might stay quiet about this one... 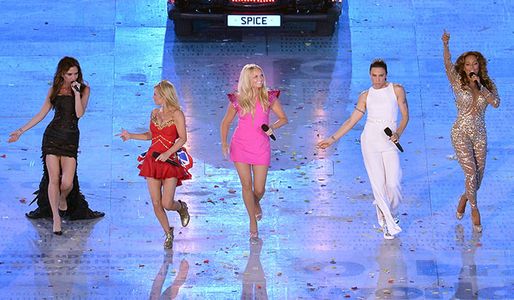 Victoria Beckham admits she was unhappy with the Spice Girls Reunion

by the editorial team
+
All the news about Spice Girls