The final's not too far away now, and The Apprentice is certainly hotting up. Sadly last night's episode saw Jason Leech banished to a black cab after he doubted his own abilities. The posh hopeful had proved hugely popular with the public and it was clear Lord Alan Sugar liked him, too - but ultimately he wasn't good enough for the business boss' investment.

Jason Leech became the latest hopeful to be fired by Lord Alan Sugar on The Apprentice last night.

The 29-year-old historian was sent home after losing confidence and control of a task that required the teams to create and market their own dating websites.

Endeavour created Friendship & Flowers, a dating site for the over 50s.

But Jason's indecisiveness when he and Luisa Zissman were designing their logo and website caused him to lose confidence in his leading abilities.

Later that evening the team decided Luisa should take over from Jason and he made the decision to step down from his post - the first time this has ever happened on the show.

On Team Evolve, Jordan Poulton was Project Manager and they targeted young professionals with their site, Cufflinks.

The contestants were then required to pitch their ideas and advertising campaigns to industry experts, before Lord Alan decided which team had performed best.

Endeavour's Friendship & Flowers was criticised for its dull TV advert, which was shot and edited by sub-team Francesca MacDuff-Varley and Neil Clough.

Lord Alan joked it made Last Of The Summer Wine look like an action movie and appealed to over 80-year-olds rather than the over 50s.

And Team Evolve were criticised for their lack of cohesive ad campaign, which included a very plain "corporate-looking" website, while their TV advert made viewers laugh with a comedy character named Herbert.

But the business boss decided it was Team Evolve's site Cufflinks that was more impressive and so they were treated to a round of caviar tasting. 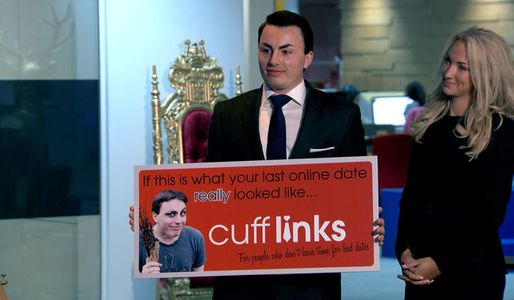 Endeavour, on the other hand, were left to ponder their loss in the local cafe.

Jason and Luisa were then forced to make a joint decision on who to bring back to the boardroom - but of course they couldn't agree.

It was Jason's choice, Francesca, who ended up in the final three, while Neil was sent back to the house.

Jason was of course forced to defend his decision to step down as team leader.

He said: "If we'd carried on with me as PM the following day I think Luisa would have bitten off half of me by breakfast and Neil would've finished me off for lunch. I wouldn't have been there by the afternoon."

Things got rather tense when Lord Alan's sidekick Nick Hewer accused Luisa of "snapping" at Jason "like a terrier".

But, ultimately, though Jason defended his actions as "courageous", the business boss decided it was his time to leave.

He said: "You’re an academic, you’ve come here to chance your arm, but it’s the end of the road for me really.

"You’re a very nice fellow and I do wish you well, but it’s with great regret that you’re fired."

But before the girls got to return to the house, Lord Alan warned Luisa: "I feel you browbeat this fellow here, you wore him down and that worries me.

"I can see how you wore him down. You’re not going to wear me down, I promise you."

After he was fired, Jason said he hoped his friend Jordan would win, but thought Myles Mourant was a serious contender for Lord Alan's investment. 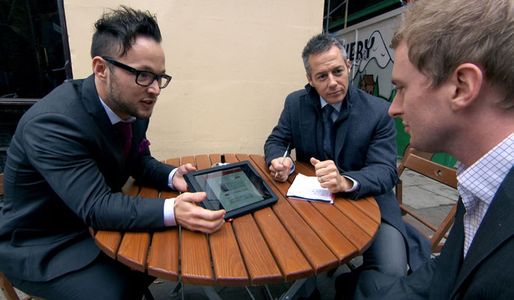 Esme Riley
…
The Apprentice
From hair ideas to outifts, look no further for your daily inspiration