by the editorial team Published on 6 June 2013 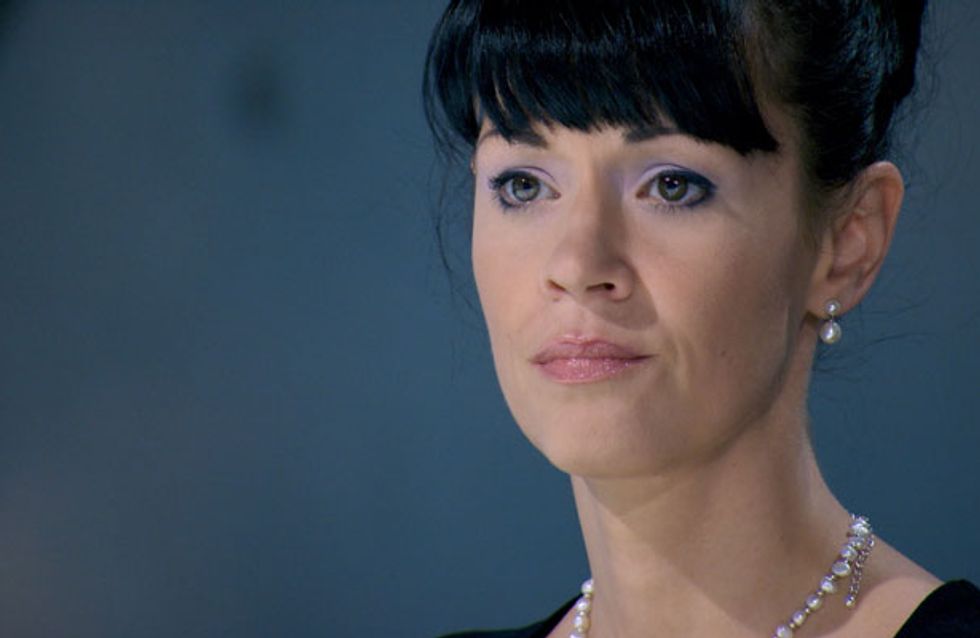 Last night's Apprentice was cringe TV at its very best. The teams were tasked with organising corporate awaydays, where there was a painful amount of business jargon floating around. Neil Clough proved the hero of the task, while Rebecca Slater was sent home...

Rebecca Slater last night became the sixth person to be fired by Lord Alan Sugar on The Apprentice.

The 35-year-old was sent home after a task that saw contestants organise corporate awaydays - events with the purpose of improving team skills and communication.

Medical rep Rebecca reckons it was her quiet and understated approach that sent her home.

She said after she was fired: "I'm an incredibly polite person which doesn't do you any favours in the boardroom.

"I'm the sort of person who will wait to be spoken to or wait for a natural pause in the conversation and often there wasn't one with all the arguments going on." 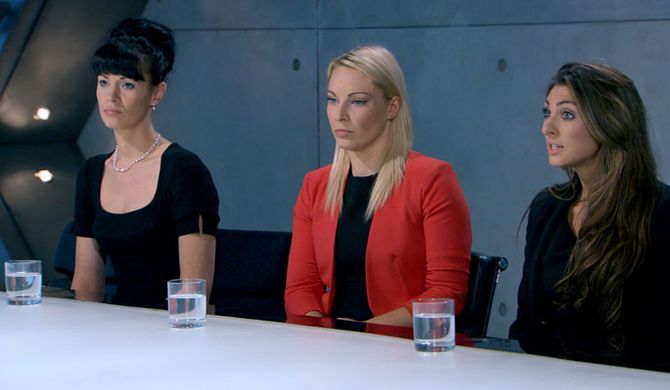 Evolve settled on a school days theme rather quickly, while Endeavour couldn't agree - Leah wanted to go with "majestic medieval", while much of the rest of her team favoured back to school.

Eventually, after a meeting with a Barclays boss who stressed what he wants his team to gain from the day, Leah made the call and opted for an Army theme.

Endeavour's awayday got off to a military start, with Alex Mills taking on the role of an army Colonel to boss around the office workers.

On Team Evolve, no-one really knew what was going on as tea and coffee was dished out, before Francesca attempted a cringeworthy opening speech.

She told the attendees: "We really really wanted to get across to you today, the feeling of communication, teamwork, motivation and taking you all as separates and individuals, taking the best elements from those and moving you forwards towards the one goal, which is either success at work, success in yourselves or just success in life, and happiness.”

Francesca’s team’s awayday consisted of activities that included cupcake decorating and wine tasting - neither of which seemed to fit the theme or hold any kind of business message.

Neil Clough ended the day with his own motivational speech, while Team Evolve decided they were under qualified and opted to pay hundreds of pounds to hire a professional to speak to the workers.

​The task results were judged on profit and satisfaction, with both teams' clients demanding a partial refund because they weren't happy about aspects of their day.

Team Endeavour stole the win, with Lord Alan blasting Evolve for spending so much of their £5,000 budget on a motivational speaker when they could have done it themselves.

Neil was undoubtedly the golden boy of the task, with Karren Brady commenting that he'd really impressed the clients on the day.

While Endeavour went off to enjoy a spa day, Evolve contemplated their loss in the local cafe.

Francesca opted to take Rebecca - who pushed for the pro speaker - and Luisa Zissman into the boardroom.

Though Lord Alan called Francesca's organisation of the task "a total disaster", he hadn't seen enough of Rebecca's skills to keep her in the competition.

He said: "I do know what my instinct is telling me about you Rebecca. Rebecca, you're fired."