It was not a good night for Zeeshaan Shah. The property investor was fired by Lord Alan Sugar after a disastrous shopping task in Dubai. The so-called "Mr Dubai", who used to live in the country, was accused of being all talk, no action.

Zeeshaan Shah last night became the fifth person to be fired by Lord Alan Sugar on The Apprentice.

The hopefuls travelled to Dubai and were challenged with sourcing and buying eight items for a new luxury hotel.

Zee was quick to put himself forward as Project Manager of Endeavour, forcefully telling his team: "Put the the map away because I know Dubai like the back of my hand."

Despite 27-year-old Zee having previously lived in the country, Endeavour only managed to source three items correctly. 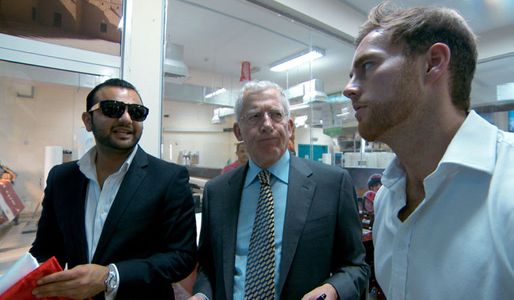 Though Neil Clough was responsible for buying an incorrect item and Kurt Wilson messed up his measurements when purchasing a custom-made flag, Zee opted to take Natalie Panayi and Leah Totton back into the boardroom with him.

Natalie quickly turned on Zee, accusing him of "chauvinistic" behaviour, insisting he wouldn't let her call and source items.

She said: "Have you got a problem working with women? You've brought two women in here, the only two in your team."

"You look at me like I'm something on the bottom of your shoe."

Leah added: "He seems to have problems with women challenging him."

Zee and Leah came to blows during the task because she wanted to source the items in the Dubai Mall, while he was keen to head to the souqs - open-air marketplaces.

Zee won the argument and Leah took her sub-team to the souq, but she was later criticised by Lord Sugar for not sticking to her guns and following her instinct.

On Team Evolve, Myles Mordaunt took the role of Project Manager, sending his sub-team to the Mall.

Though Endeavour negotiated prices much more successfully, they found fewer items than Evolve and bought a modern kandura instead of a traditional one.

After their win, Team Evolve headed out for cocktails, while Endeavour pondered over their loss in the local cafe.

And it was Zee - who cites Napoleon as his idol - who was sent home in a black cab.

Lord Sugar said: "Zee, I think you put yourself forward as someone who knows it all, and clearly you don't know it all.

"Zee, your idea of coming into business with me is going to be with international trading in real estate and you've just demonstrated to me that you can't deal internationally.

"You are to blame for this task. It was out of control. Zee, you're fired."

He exclaimed: "The name Zeeshaan will go down in history. I'm not sure how exactly, why as yet, but it will."

Zee later insisted Natalie's claims were not based on fact and that he's not sexist.

He said: "These are baseless allegations, I don't know where Natalie pulled it out from. It's completely below the belt and something I'm really not happy about.

"If you want to lie through your teeth then do it but do it with some respect.

"There were certain parts of the boardroom that were not shown because I don't think they could have been shown.

"There were certain things she said - you heard me say to her 'can you mind your language' - and it wasn't because she called me a male chauvinist." 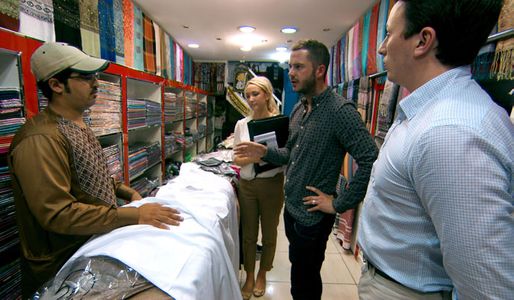