Hollywood movie star Tom Hardy has been making hearts melt for years (have you seen the photos of him with his dog?) but he's taken it to whole new level now. The actor paid a surprise visit to a 23-year-old cancer sufferer during a break in treatment.

Tom Hardy made 23-year-old Kayleigh Duff's dreams come true when he surprised her with an impromptu lunch date.

The 35-year-old movie star was alerted to the young woman's story when his soon to be sister-in-law saw an interview with her on ITV's This Morning.

The young mum had appeared on the show to discuss her rare form of liver cancer.

In conversation with the hosts, she admitted that one of the things she dreamed of doing was meeting Batman star Tom.

The sister of Charlotte Riley - Tom's fiancée - was watching the morning show and after hearing this let him know about Kayleigh and her wish.

Tom Hardy to play Elton John in Rocketman biopic
Great news Tom Hardy fans! The A-list actor is about to ditch that face-covering Bane mask in favour of some rose-coloured spectacles. The Dark Knight Rises star has signed up to play Sir Elton John in the hotly anticipated biopic Rocketman. We can’t wait to see his impression of the outspoken musical legend!

When the hot actor found out, he just had to pay her a visit.

After chatting with her sister, Charlotte got in contact with Kayleigh's best friend Katie Birch and they planned the whole surprise together.

After Katie tricked her into thinking they were heading to London for a day out, they introduced Charlotte to a very special guest.

The young woman was stunned by Tom's appearance and told the Canterbury Times: "I nearly died when I saw him. I was shaking - I just thought we were having a day out in London.

"Tom's fiancée Charlotte and Katie arranged it all without me knowing and he was so lovely and down to earth."

That wasn't all - not one to do things by halves, Tom had bought Kayleigh a present.

She added: "We had lunch and tea and scones and he bought me a diamond necklace." 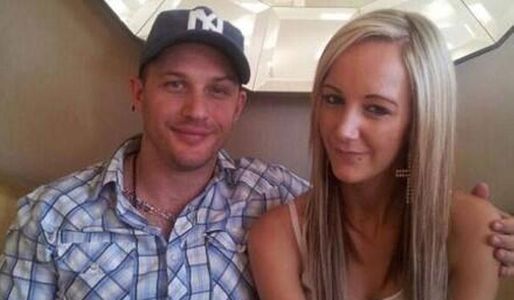