Tulisa Contostavlos is in police custody after an undercover investigation by The Sun allegedly exposed the singer as a drug fixer who set up an £800 deal.

Tulisa Contostavlos has been arrested on suspicion of supplying class A drugs.

The singer and former X Factor judge is in custody after The Sun revealed that the 24-year-old had allegedly set up an £800 cocaine deal.

Scotland Yard said today: "Officers have today arrested two people, a 35-year-old man (A) and a 24-year-old woman (B), by appointment at a central London police station on suspicion of being concerned in the supply of class A drugs.

"They remain in custody at a central London police station."

Tulisa had been talking about knowing drug dealers to an undercover reporter at London's Nobu restaurant before allegedly setting up a drugs deal for him through her friend, Mike GLC.

Yesterday a Scotland Yard spokesman said: “We have received information concerning the alleged supply of illegal drugs. We are considering the information received.” 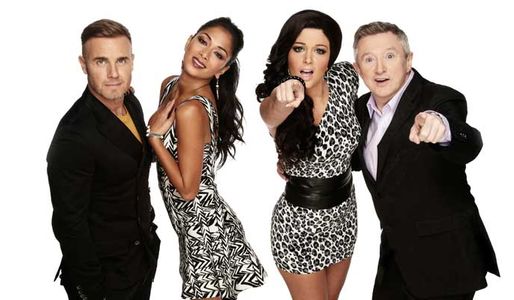 Though the singer insisted she didn't do drugs herself, she bragged to the undercover reporter about her connections.

She told him: "Half my phone book sells it. Of course I can get it for you.

"Half the guys I know are drug dealers. One’s a massive cocaine dealer. He’s my best friend. He’s a gangster - he’s my gangster."

The multi-millionaire went on to explain that she uses a secret code to order drugs for other people from a dealer.

She went on to explain that "white sweets" means cocaine and "green sweets" refers to cannabis.

Days later, the reporter asked if Tulisa could get him some "white sweets" and she soon made some phone calls and organised for him to call part-time rapper, Mike GLC.

Tulisa and Mike are often snapped hanging out together and recently returned from a trip to Marbella together.

Mike GLC met the reporter in Mayfair's Dorchester hotel, allegedly supplying him with £800 worth of cocaine before showing him photos of himself with Tulisa.

Former prime-time TV star Tulisa has always been proud of her "urban roots" and has managed to make a lot of money from her time in the spotlight, despite a tough upbringing on a North London estate.

She wrote in her biography, Tulisa Honest: "Why am I a role model? Because I have been myself. I’m an inspiration for Broken Britain."