Justin Bieber admits 'All That Matters' is about Selena Gomez

With Justin Bieber's new documentary Believe hitting theaters on Christmas day, lots of buzz is surrounding his relationship with ex-girlfriend Selena Gomez. Fans are eager to see Justin open up about his life, and the movie apparently makes a number of references to their roller coaster romance. Justin only stirred the pot by recently admitting that his song "All That Matters" is, in fact, about SG.

It's been a weird couple of months for Justin Bieber. First, he was videotaped in bed by a Brazilian girl. Shortly thereafter, he was detained in Australia when a member of his entourage was busted for carrying drugs. And most recently, the 19-year-old pop sensation announced he's retiring from music.

In his defense, it certainly does sound like he could use a vacation.

Justin told DJ Big Boy of popular Los Angeles radio station Power 106, "I wrote the best music of my life once my heart was broken. "All That Matters" was written when I was in a great place in my relationship, and at that time, she was all that mattered in my life."

He goes on to say, "[The break up] affected us, especially when we are in front of so many people. It's such a public thing. It's just hard for the both of us. But you know, she's a great woman. I love her 'til this day."

So, will Selena be buying a ticket to see Justin's new movie?

A source for Selena told Hollywood Life, “She’s trying to put her focus anywhere but on Justin. She’s not over their breakup so watching his movie would just be torture for her.”

What does Justin think about the future?

"I think we're going to be the greatest of friends. Right now we're taking a little time and not talking."

Will they get back together? Never Say Never.

Do you think these two stars are destined for one another? Tweet us @sofeminineUK! 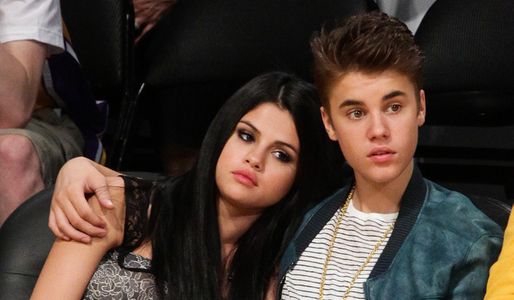