by Jo Middleton Published on 7 October 2010 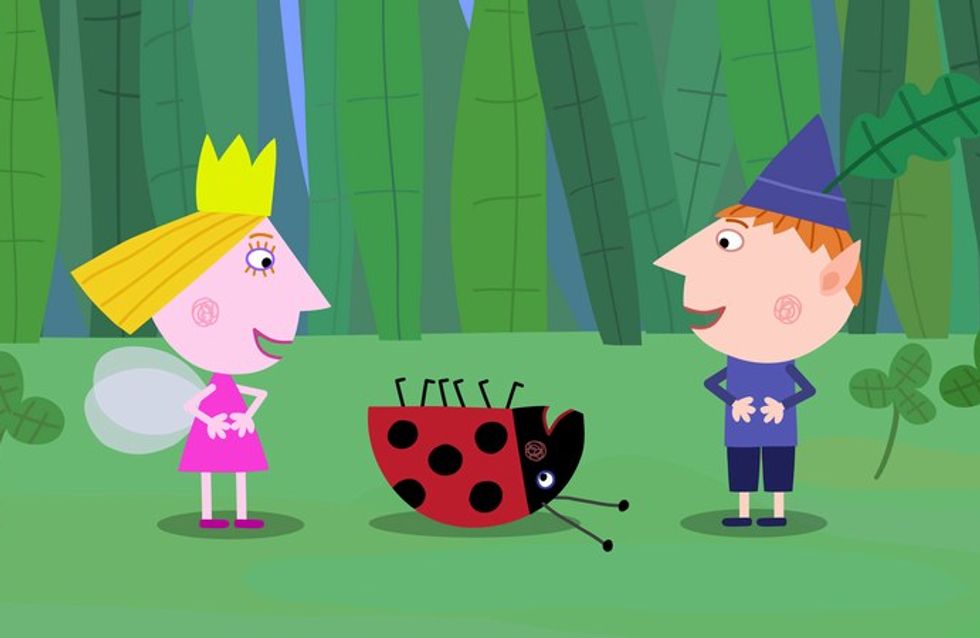 Ben and Holly’s Little Kingdom is an animated, pre-school adventure from the makers of Peppa Pig.

The stories tell the adventures of Princess Holly and Ben the Elf, tiny magical creatures living in a teeny tiny world of fairy castles, jelly floods, and magical picnic baskets that can conjure up ‘sparkling fairy juice’ in an ice bucket for the grown-ups.

I've always loved Peppa Pig, particularly the slightly filthy looks from Daddy Pig that make Mummy Pig giggle so coyly, and Ben and Holly’s Little Kingdom has the same appeal. It’s one of those kids’ programmes that adults won’t mind watching too.

The star of the show though has to be Gaston.

Gaston is a mysterious creature. He looks like a ladybird, but he barks like a dog. He lives on his own in a cave full of cobwebs and old lollipops, where he sleeps on his back, snoring, in a small basket, and he likes to drink rotten cabbage juice.

Gaston can fly, but he also likes to fetch sticks. In one episode, cunningly named ‘Gaston the Ladybird’, there is a certain amount of ladydog cruelty going on - Ben and Holly delight in flipping Gaston onto his back to watch him kick his legs, and making him carry them around the sky on his back.

Ben and Holly begin to worry that they have taken Gaston’s generous nature for granted, and try to put things right with a bit of breaking and entering - enlisting the help of Nanny Plum to clean the smelly socks and half eaten baguettes out of the cave.

Gaston is none too pleased when he comes home to find a lovely pink bed has replaced his old basket, but Holly and Ben quickly put things right by emptying several bins onto the floor. “Well done everybody!” says Nanny Plum, “now it smells just as bad as it did before!”

And so everyone lived happily ever after.