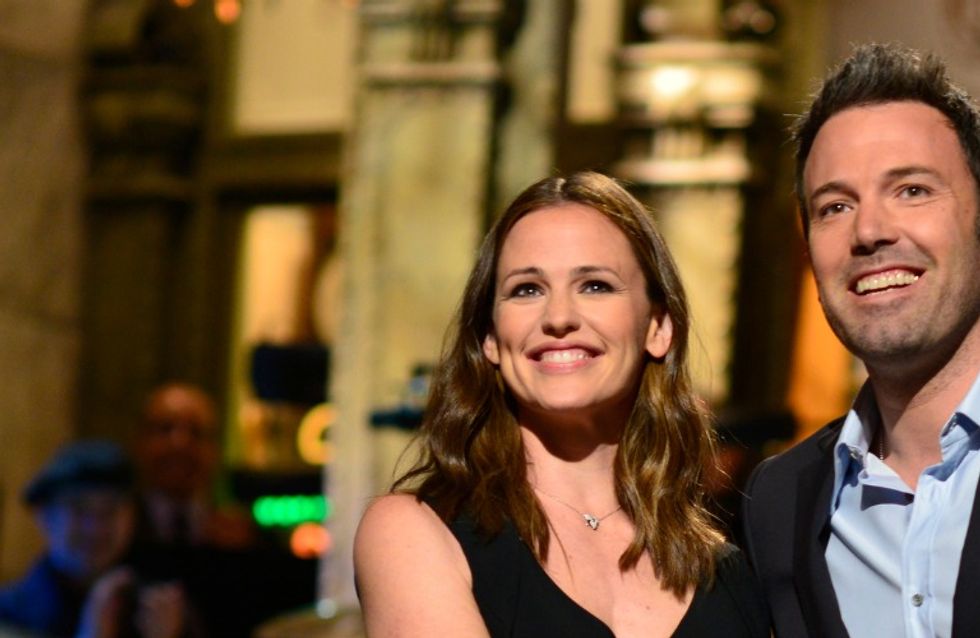 We have to say we're enjoying getting to know Jennifer Garner and Ben Affleck as a couple. Jennifer has been opening up about her feminist beliefs over the past few months, and she's making some pretty spot on points. The couple made a rare appearance together at the Save the Children Illumination Gala last night, and they had plenty to say about how they're teaching their kids about feminism.

Feminism is a concept that many don't learn into their teenage years, but Jen and Ben are wasting no time to educate their children on what being a feminist means. Jennifer told Comopolitan.com that she thinks feminism can manifest itself in many forms, it doesn't necessarily have to be part of a power woman persona:

"It's not a thing that you teach your kid, it's just the way you live. And, you know, I think my kids would love in theory for me to not work, not go to anything, be home every day. And you can do that and be a feminist — I don't think that you need to go to work and be a power-woman to be a feminist. But I want my kids to know that if working is important to me, and if working for Save the Children is important to me, then that's totally valid, and as much as I totally love them, I'm a whole person too."

Then Ben proceeded to be one of the cutest hubbies of all time by doting on his wifey, remarking that she leads the kids by example:

"Well, [they're] a little young for a sort of Gloria Steinem doctoral thesis, but without getting into exactly what it means politically to be a feminist, our daughters understand what my wife understands full well, which is it's important to be strong, present, and powerful, and accept nothing less than a man would — in fact, ask for more. And, you know, that's part of what I admire so much about my wife, and I know that through her example, my children will absorb that."

I wouldn't mind absorbing all sorts of Jennifer Garner's wisdom, think they want to take us in? We also give points to Batman for making a Gloria Steinem joke. Jennifer continued on to say that her eldest daughter, Violet, has taken a keen interest in learning about powerful women, so she decided to take her to see Hillary Clinton speak. Given Ben's response we're thinking he's voting Hillary 2016:

If Hillary decides not to run, we think Jennifer Garner would make a great first female President. More importantly, it wouldn't suck to have Ben Affleck as the first ever First Husband in the White House. Batman as FHOTUS? Don't hate it. Keep on setting a great example for your kids you two.

Do you think Jen and Ben are setting a good example? Tweet at us! @wewomenUSA