by Emmy Griffiths Published on 20 November 2014 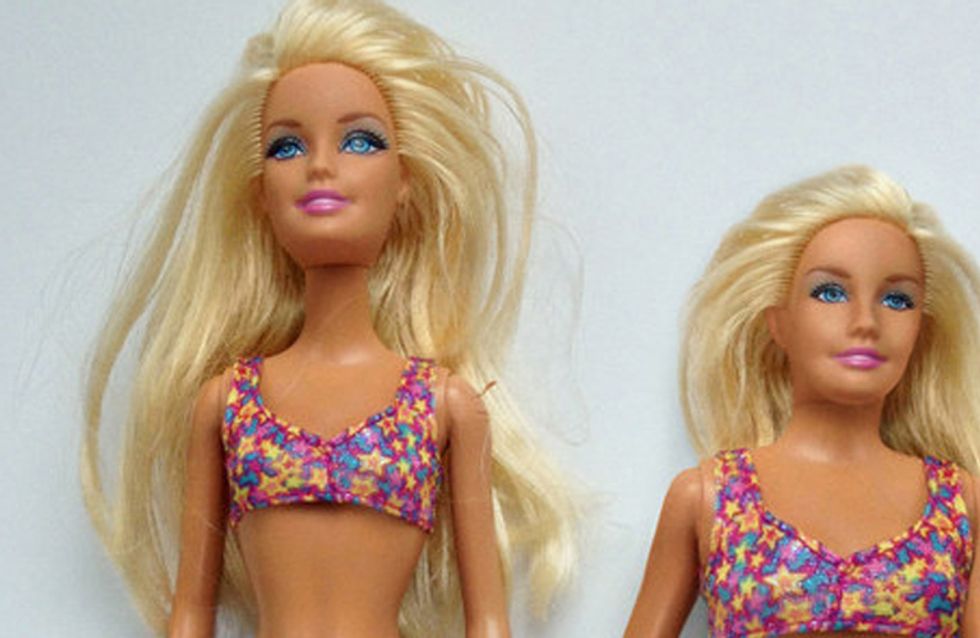 Earlier this year the ‘Lammily’ doll was introduced, a doll much like Barbie except distinctly ‘average.’ Instead of having Barbie’s long legs and obscenely tiny waist, Lammily has the average proportions of a 19-year-old girl. Made to help improve self-esteem in young people, it was announced this week that you can now buy adhesive stretch marks, scars and tattoo stickers for your doll as well, but we have to ask, is that REALLY all that necessary?

The Lammily doll comes with a denim blouse, denim shorts and white trainers, but can be mixed up with other neat little outfits. Despite having realistic proportions, she is like Barbie in pretty much every other way.

Pittsburgh-based artist Nickolay Lamm created the doll. He told Buzzfeed: “If there’s even a 10% chance that those dolls affect [body image], let’s make it.

“All fashion dolls look the same! I wanted to give them a realistic makeover…though I’m not a teenager, I remember what it was like and this doll seems more relatable, because she isn’t perfect.”

Although I absolutely agree that a healthy body image and self-esteem in young people is extremely important, and in many ways this makes the doll an excellent idea, a new add-on for the Lammily doll has given me pause for thought.

‘Lammily marks’ have now been introduced, allowing your doll to have acne, cellulite and stretch marks, and with it I can’t help but wonder how necessary this doll really is.

Since Barbie was created in 1959, I’d hazard a guess that almost everyone reading this at one point played with Barbies when they were younger.

Personally, I was a major fan of the doll. I probably had about a dozen of them along with every accessory I could lay my hands on and just loved her pretty outfits and long hair. I can say with total confidence that I never once, whilst cutting Barbie’s hair or creating elaborate games that I thought were pretty grown-up, worried that she didn’t have cellulite.

What child is thinking about their dissimilarities to a plastic toy that is modelled as an adult and more importantly, is it even right to be introducing society’s never-ending obsession with ‘the perfect body’ at such a young age? Children through the ages of three to twelve are the most common age group to play with the doll, and for them it is an outlet to pretend to be a grown-up, have a fun job and drive a car, not to worry that she may not look like that in the future.

A discussion on Parenting website Babble brought up this exact topic, with one parent writing: “Do I want to make such a big deal out of [Barbie] that an issue heretofore unknown to her suddenly becomes a cause for serious familial discussion?”

If anything, it seems to me that the creation of a Barbie that comes with her very own acne stickers comes from an adult concern rather than a child’s desire, and although children this age do sometimes have body image problems, we should look to the real concerns of negative body-image, namely media and cultural influences, bullying and peer pressure rather than trying to make a difference with a doll that very few kids would ever consider comparing themselves to in the first place.

Do you think Lammily is a brilliant idea, or is Barbie perfect just the way she is? Tweet us @sofeminineUK!

What Man Boobs Can Teach You About Body Confidence