Home / Women in Focus / Key debates / Inside The Mind of The Human Barbie: 5 WTF Moments From Her GQ Interview

by Cliche Wynter Published on 8 April 2014 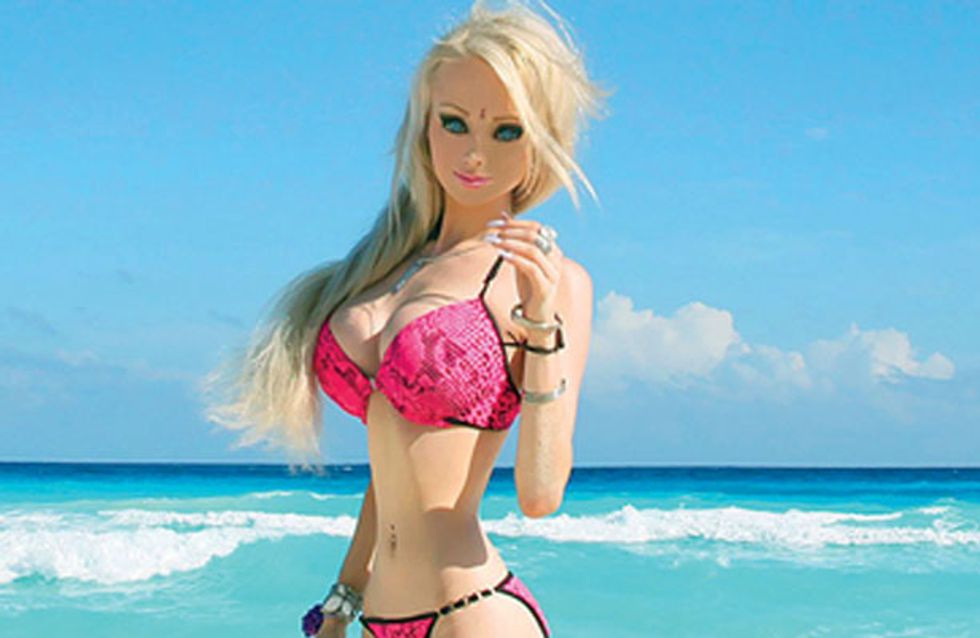 In this day and age of shock antics, we've found ourselves desensitized to most of the wacky behaviour of attention seekers. However, Valeria Lukyanova's (a.k.a. The Human Barbie) GQ interview not only caught our eye, it's now burned into our minds. But for all the wrong reasons.

Valeria Lukyanova, a 29-year-old Ukrainian model, earned the moniker "Human Barbie" for her dramatic physical similarities to the famous doll. While she first was first brought to the media's attention a couple of years ago, she is now experiencing a resurgence in press with her latest controversial GQ interview.

In the profile, we were treated to the world behind Barbie's appearance (just a fyi: yes, she really does look like that in real life), and we were left scratching our heads in befuddlement.

Here are some of the moments we were left disappointed by Valeria's interview.

A Ukrainian feminist says Valeria is, "exactly what men dream about"

The article's writer tries to get us into the mind of Valeria by sharing disheartening details of Odessa, a city in the south of Ukraine where she moved to at the age of 16, that's infamous for its overabundance of sex. It's a place where model-like women purposely dress for attention, in hopes of securing a husband. Ukrainian feminist Anna Hutsol, explained, "A woman here is brought up for two things, marriage and motherhood. Valeria is the ultimate demonstration of what a Ukrainian woman is willing to do to herself. I bet she is exactly what men dream about."

We hate the message this is sending to young girls. Essentially, alter your looks to be a man's ideal? We are SO not ok with that.

She says fixing features you don't like is a global norm

"Everyone wants a slim figure. Everyone gets breasts done. Everyone fixes up their face if it's not ideal, you know? Everyone strives for the golden mean. It's global now." she shares with the mag.

Our biggest gripe with this statement? How she bundles everyone under the same umbrella of shallowness she stands under. Sure plastic surgery is more popular than ever before, but guess what? Some of us are perfectly okay with our flaws.

She says "race-mixing" is screwing up beauty

When the reporter responds to her cosmetic surgery claims, declaring it a relatively new thing because "the ideal of beauty used to be different," Barbie quickly retorts, "That's because of the race-mixing."

While we shared the same disbelief as the writer of the piece, she didn't stop there.

"For example, a Russian marries an Armenian," she carried on. "They have a kid, a cute girl, but she has her dad's nose. She goes and files it down a little, and it's all good. Ethnicities are mixing now, so there's degeneration, and it didn't used to be like that."

She has people following in her footsteps

Yup. Meet Olga “Dominika” Oleynik (on the right), one of Barbie's acolytes.

She'd rather die from torture than have kids

Sure, we understand not everyone wants to have children. However, Valeria took it a step further by declaring, "The very idea of having children brings out this deep revulsion in me." In case you were still unsure of her thoughts on the matter, she followed up with, "I'd rather die from torture, because the worst thing in the world is to have a family lifestyle."

What are your thoughts on Valeria Lukyanova's GQ interview? Tweet us @sofeminineUK!