by Dagney Pruner Published on 22 October 2014 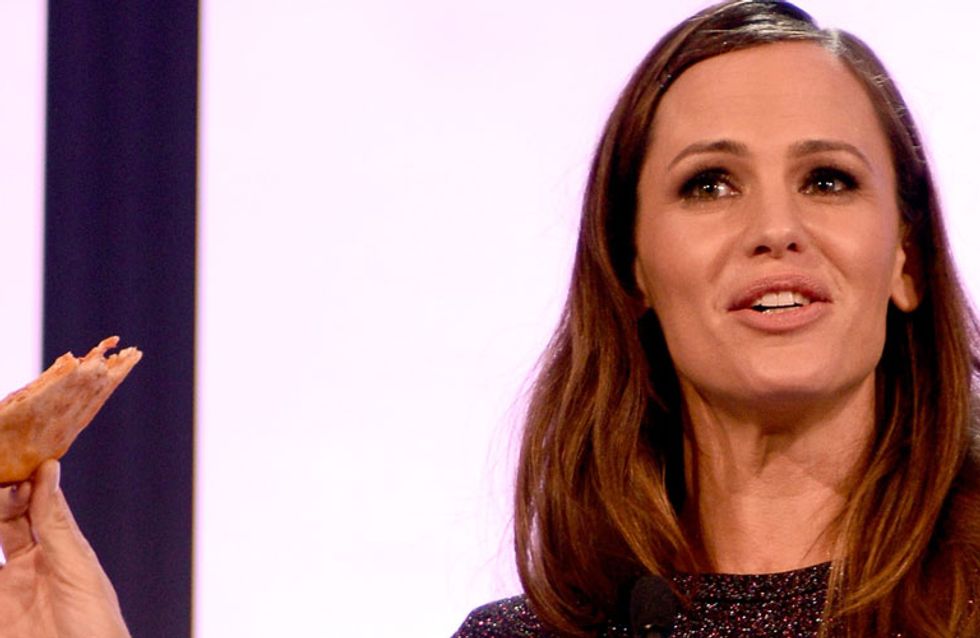 Jennifer Garner made a pretty kickass speech at the Elle Women in Hollywood Awards Monday night. She criticized a recent press junket she had on the same day as husband, Ben Affleck. Jennifer noticed that she was asked by EVERY reporter how she "balances" family and work, while Ben was asked about his costar Emily Ratajkowski's breasts? This is the world we live in, people. And it sucks.

I think it's fair to say that both Jennifer Garner and Ben Affleck are A-list caliber actors. They both have an impressive resumes (sans Daredevil, which we will forgive them for because that's how they met), and their talents span a wide range of genres. So why on earth is it only Jennifer who is responsible for "balancing" home and work life? Jennifer (I feel like we're sisters from another mister so I'm going to refer to her on a first name basis) made the excellent point that men don't even need a "Men in Hollywood Awards" because we already have it every day in Hollywood.

Girlfriend hammered the point home when she pointed out that even having a women's only event is a depressing fact: "Fifty-one percent of the population should not have to have to schedule a special event to celebrate the fact that in an art that tells the story of what it means to be human and alive, we get to play a part."

Her best example? When she and her husband Ben Affleck had press tours the same day they both got asked one question by every single reporter.

Jennifer's question: "How do you balance work and family?"

If you have a pulse I'm sure you can admit that Gone Girl costar Emily Ratajkowski has a fabulous body, but Ben said that not ONE reporter asked him about how he has to balance work and family life. So Jennifer Garner ended it by making one of the greatest points we hope all of Hollywood and the media hears:

"Isn't it time to kinda change that conversation?"

Think Jennifer Garner made some good points in her speech? Tweet at us! @sofeminineUK

Apple And Facebook Will Pay To Freeze Your Eggs. A Work Perk Or Manipulation?