This Matte Black Latte Will Release Your Inner Goth 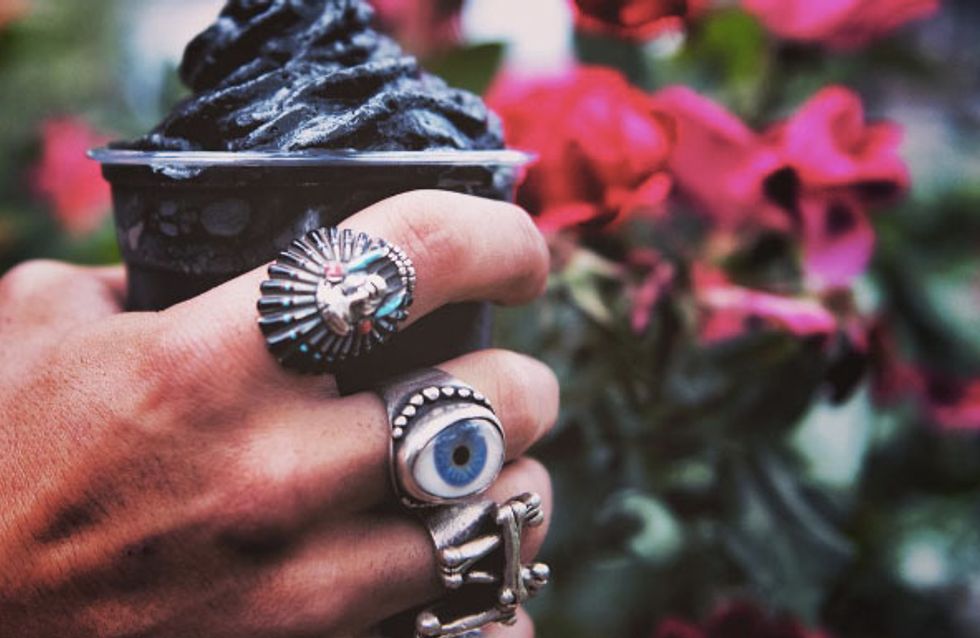 Are zingy, bright unicorn lattes and sickly sweet mermaid frapps leaving a bad taste in your mouth? Girl, we hear you. Do yourself a favour and get yourself a matte black latte - it's gothic as hell and the perfect antidote to those annoyingly Instagrammable beverages.

Hey guys, contrary to popular belief, not every iced drink is made to be Instagrammed. Korean coffee shop Round K Café in New York is now selling a matte black latte, and it looks unappetising as hell, but damn does it taste good. The drink is made with espresso, dutch processed cacao, almond milk and coconut ash, which is what gives it that deep dark black colour.

Round K Cafe are no strangers to controversial coffee drinks. In 2016, they debuted their wasabi latte, a spicy wake up call should you ever need one, and an egg cappuccino - a regular cappuccino blended with an egg and espresso, and topped with whipped cream. But unfortunately, if you wanna sample the niche bevvies that Round K offer, you're gonna have to pop over to NYC for the privilege.

If you're really feeling the drink-as-black-as-your-soul vibe, though, you can always try one of the many charcoal-activated drinks that are oh-so popular right now - or perhaps try the black sesame coffee that also gives the drink its black colour.

Not only is the matte black latte a tasty little wakeup for a Monday morning, but it'll also accurately convey how you're feeling without having to say a word.

Would you like to try this latte? Let us know! @sofeminineUK

Starbucks Unicorn Frappuccinos Are REAL And They're On Their Way

It's All About The Base! Charcoal Pizza Is Here And It Feels So Wrong