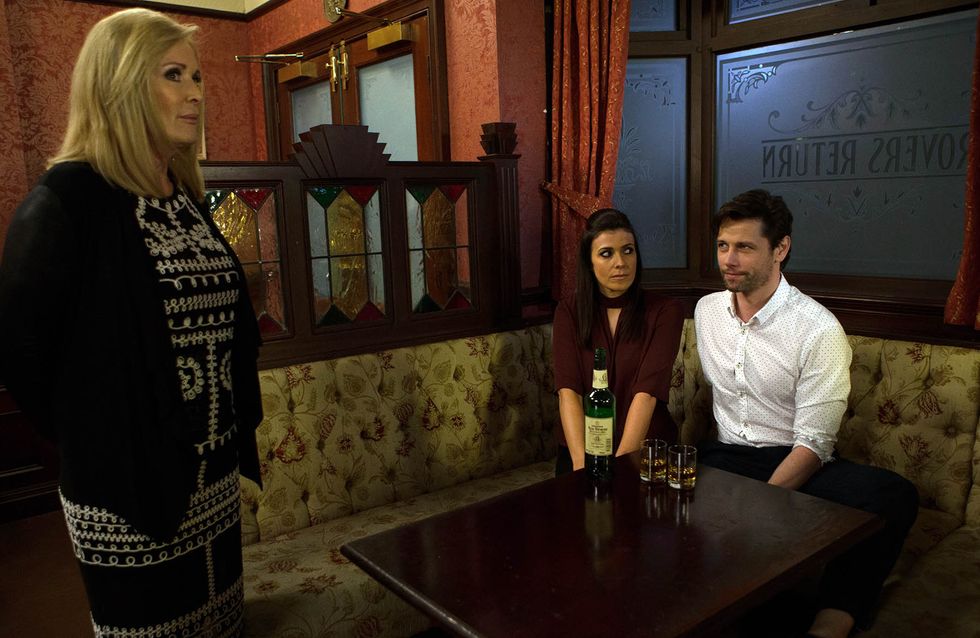 Following a phone call from Steve, Michelle complains to Liz that while he’s living it up in Spain she’s left running three businesses. Amy confides in Ken she feels abandoned by her Dad and worries that he’ll never come home. Dressed up to the nines, Michelle sets off with Will for a tasting session at the bistro. Having found out from Sean that they used to be an item, Liz is deeply concerned. In the bistro, Michelle and Will chat about old times and it’s clear Will has little interest in sampling wedding food. Michelle admits how much she’s missing Steve.

As Sarah packs up Harry’s things, she confides in Bethany that she’s worried about him and thinks it’s too early to send him home. Ken calls in to see the baby but when Audrey suggests he might like a hold, Sarah becomes overprotective.

Izzy’s relieved to be reunited with Jake and promises Anna she won’t take any more cannabis and will talk to the doctor about pain relief. But after a trip to the doctor’s Izzy’s disheartened, explaining to Gary that they refused to prescribe her with the spray she needs.

Sharif’s shocked when an Environmental Health officer calls at No.6 and demands to inspect the chicken coop. Realising Sally was behind the visit, Yasmeen vows revenge. Kate tries on her wedding dress in front of Sophie. It’s evident Sophie’s smitten while Kate remains oblivious.

Michelle unburdens herself to Will, explaining how Steve suffered from depression and went to Spain to recuperate but now he’s having a blast and she’s left juggling three businesses. Will confides in Michelle how he reckons his fiancé, Saskia, is too good for him. Michelle’s adamant that Saskia’s a lucky woman. Left in charge of the Rovers bar, Erica’s suddenly inundated when a group of stags descends on the pub. Having taken an SOS call from Erica, Michelle hurries back to the Rovers to help out. Will insists on mucking in and later they have a drink. A suspicious Liz confronts Michelle and asks her outright if she’s having an affair with Will.

Kate admits to Sophie how she has nightmares about the wedding and wonders if she’s doing the right thing. Sophie assures her it’s just nerves. When Caz calls Kate from Cyprus, she’s put out to realise Kate is with Sophie and that she’s seen Kate’s wedding dress.

Worried at the extent of Izzy’s pain, Gary offers to score her some more dope but Izzy refuses, scared that she could lose Jake. Izzy’s touched when Gary offers to move in and look after her but she insists she must cope alone. Yasmeen and Sharif relish telling Sally how their chicken coop passed the environmental inspection with flying colours.​ 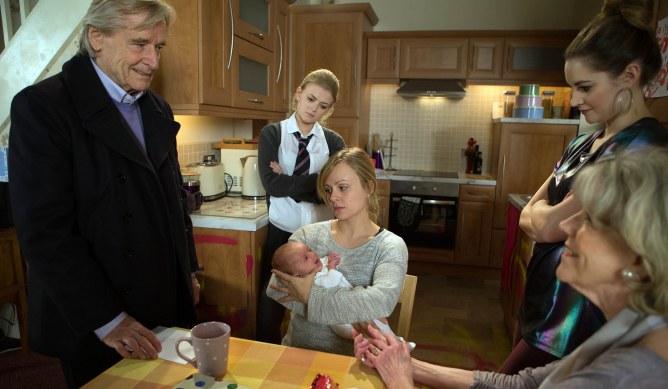