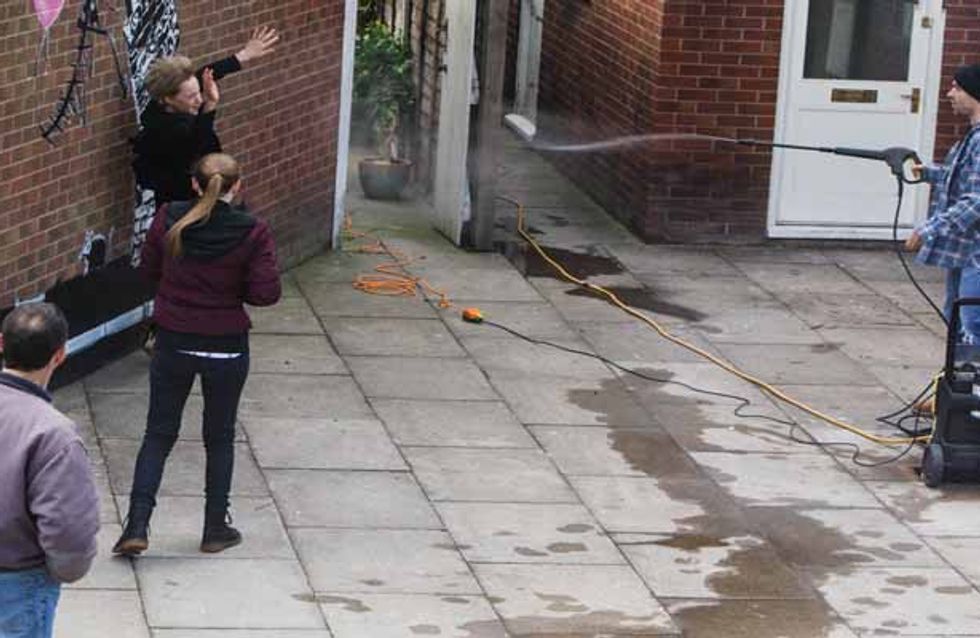 When Bethany sends a cheeky text to Carla on Nick’s phone, suggesting she and Nick meet up for a drink later, Nick’s amused. But later as he waits for Carla in the Bistro, he’s taken aback when Erica suddenly turns up - revealing she’s pregnant!

Sophie decides to bite the bullet and heads over to No.13 to make amends with Jenny. But when Jenny snaps and orders Sophie to back off from Jack, Sophie is gobsmacked. When Kevin and Maddie walk in, Jenny hurriedly tell them that Sophie attacked her. Will Kevin buy her latest story?

Alya is pleased when Sinead presents her with the finished basque. Alya and Izzy work on their next batch of designs for posh knickers and an enthusiastic Sinead offers to set about making them, keen to keep busy.

Sally is intrigued when Roy tells her the graffiti on her house looks like a Banksy and could be worth a lot of money. But when she finds Tim and Norris trying to wash the graffiti off, will she go out of her way to preserve her mystery new wall art?

Chesney is worried when he finds Alya, Izzy and Sinead working on the new knicker range and asks the girls to leave so Sinead can rest. But when Sinead tells Chesney that it’s her body and that he needs to stop interfering with her sewing, will it be enough to silence Chesney?

Sally is disappointed when an art expert tells her that the graffiti isn’t a Banksy while Maddie, Sophie and Tim are highly amused. Sally orders them to get scrubbing!

Still reeling from Erica’s bombshell, Nick confides in Carla. Can Carla offer Nick the support he needs or will Erica’s return put the brakes on any chance they had of a relationship?

Luke curses himself when he accidentally eats the wrong bowl of curry. Roy is pleased when they decide to have the next night at Gary’s and include him in the plans. 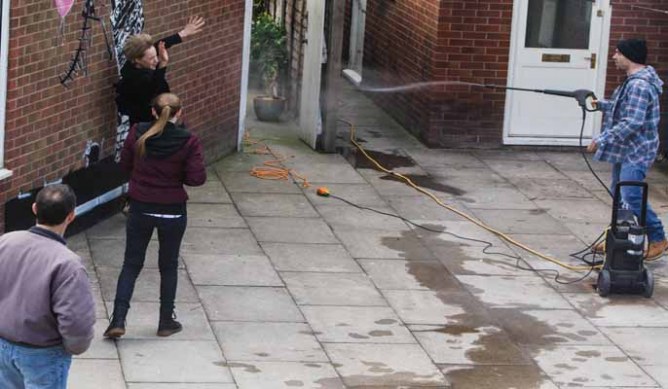