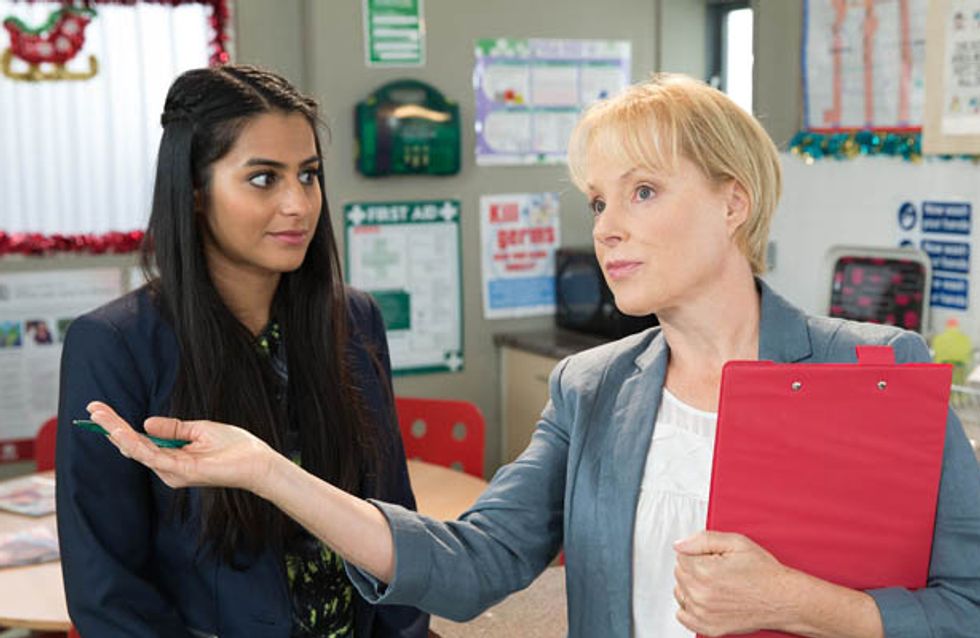 Tracy surveys her dwindling stock and worries that her business is going down the pan. When Tony calls in the shop and tries again to tempt her with some dodgy stock will Tracy have a change of heart? Tony meanwhile tells Liz he intends to take over Tracy’s business! With Tracy stressing about her finances and unable to pay the rent, Ken takes her for dinner in an effort to cheer her up. But when Tracy spots Carla, Michelle, Liz and Tony all having a good time at the next table, her jealousy explodes as she blames Carla for ruining her life!

Alya asks Leanne if she and Gary can use her flat as a bolt hole but Leanne refuses to aid them in their subterfuge and urges them to tell Kal about their relationship sooner rather than later.

Sally gives Alya a tour of the factory and shows her the ropes. Feeling patronised Alya’s forced to grit her teeth. Will Tim be able to do the same as Sally gives him a reading lesson?

Lloyd warns Steve that he’s throwing good money after bad and he should get shot of the car. Will Steve relent? 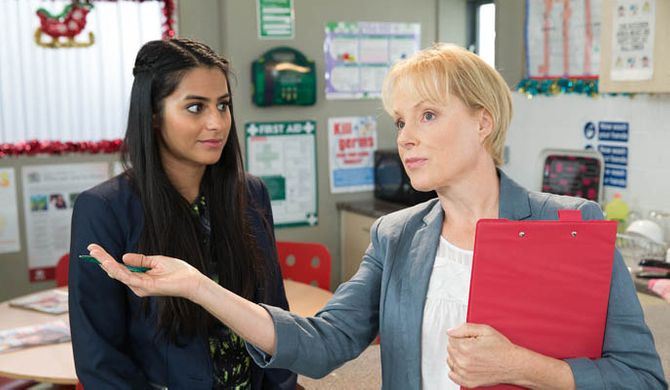