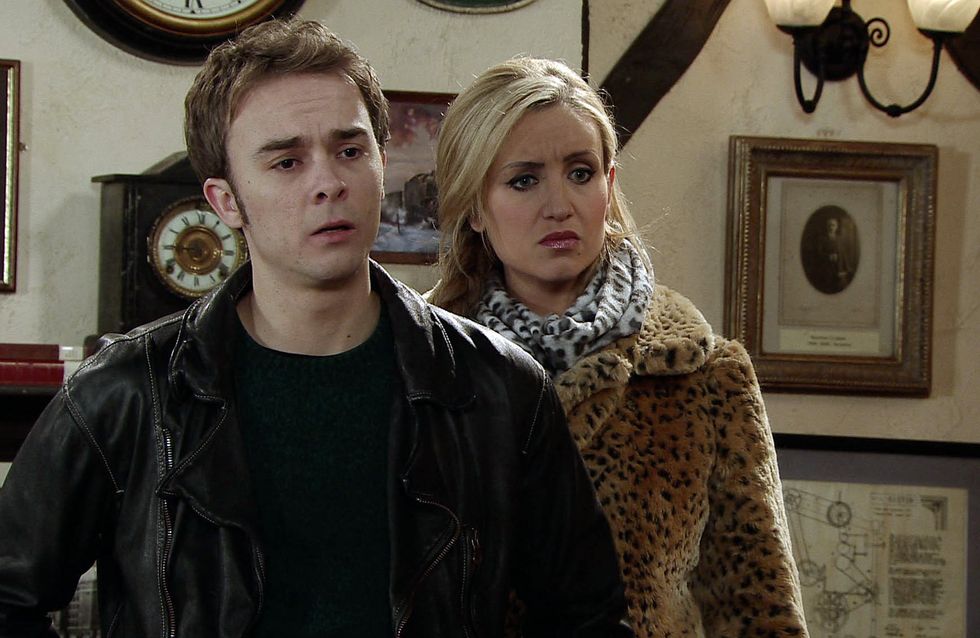 With Callum sniffing around David books an appointment with a solicitor to establish his legal rights over Max. He’s relieved to hear he has a strong case, having provided Max with a loving and stable home for several years. Back on the street Callum tracks down Katy and Max in the café and insists on buying them a milkshake. David’s furious to find Max with Callum and drags him home. Eva warns Callum to stay away, telling him that although it’s his name on Max’s birth certificate, David is his real Dad.

Roy agrees to look after Joseph whilst Chesney visits Sinead in hospital. But he lies to Sinead, telling her Katy’s looking after Joseph rather than mentioning Roy.

As Maddie and Simon kick their football against the Kabin window, Norris becomes increasingly annoyed. Spotting Simon’s football, Norris heads towards it, brandishing his paper-knife, an evil glint in his eye! Meanwhile Sophie reveals she’s splashed out on a weekend at a posh country hotel for Maddie’s 18th

When Anna’s not looking, Faye forges her own absence letter to the school. As the bistro staff prepare for the grand opening of the newly refurbished restaurant, Gavin’s startled when his ex-girlfriend appears delivering plants. Will she give his true identity away?

Having followed David and Max home, Katy demands to know what’s going on and why the irrational dislike of Callum. David explains that Callum was Kylie’s drug dealer. When Callum then approaches Katy and invites her out for a drink Katy refuses, telling him she doesn’t hang out with drug dealers. Callum’s furious and calling at No.8 he tells David he intends to see more of Max and he’ll be hearing from his solicitor. David’s horrified.

Chesney confesses to Sinead how Roy’s been minding Joseph but he didn’t want to upset her. Sinead’s annoyed that he lied to her.

When Simon shows Maddie his punctured football, Maddie angrily confronts Norris, suspecting that he’s responsible. Intent on revenge, Maddie waits until Norris disappears into the back of the shop and then taps away on his tablet computer.

It’s the opening night of the bistro. Leanne confronts Gavin wanting to know his history with Tara and why she called him Andy. Gavin spins her a story but Leanne’s suspicious and worried for Steph. Can Gavin continue to cover his tracks? Faye tells Craig she bunked off school as some of the girls have been picking on her, calling her fat. Craig offers to by her bodyguard. 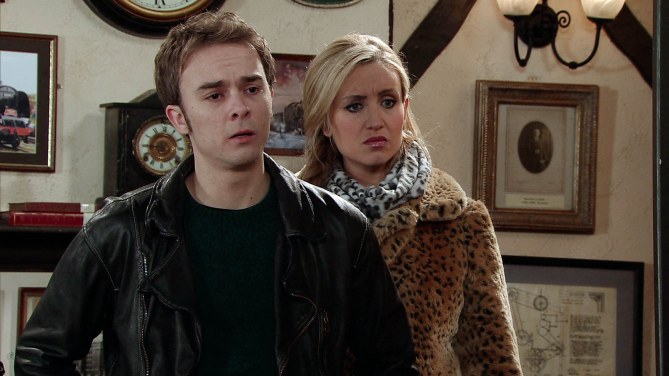