Sharif tells Gail that Alya will now be working on reception and that Gail is now the cleaner but Nick is furious when he finds out and is convinced Kal is behind it. Meanwhile, having lost his job because of Kylie, Gail insists she’s going to help Michael and persuades Steve to give him a job at Street Cars, but Nick and David have other ideas...
Leanne and Kal are furious when Leanne gets called into work, realising Nick’s left the Bistro under-staffed on purpose to ruin their evening.

Maria is annoyed when a hungover Marcus fails to show up for Liam. Marcus goes to apologise but Todd pretends he’s upset about losing his job and doesn’t want to be left alone. Will Todd be able to manipulate Marcus into staying?
​
Elsewhere, Jenna tells Lloyd she’s booking them a holiday in Tenerife. 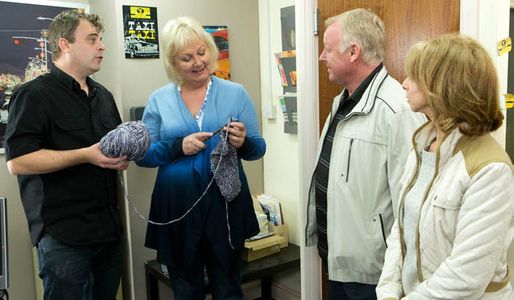