Leanne sits with Nick, encouraging him to speak. David's panic rises when Kylie says she wants to visit. As she makes small talk with Nick, Kylie shows him a picture of Lily. Could this trigger a memory?

Meanwhile, David confides in Tina. Though he wants Nick to recover, he's scared he'll lose everything. Tina urges David to tell Kylie the truth, in his own words, while he still can.

Elsewhere, after chasing a customer for payment Owen's horrified he's declare himself bankrupt to avoid settling his debts. He recognises it as a scam and visits Phelan's pricey home…

Also, Michelle's emotional as Ryan leaves, so to cheer her up Steve gets on the phone to discuss the sale of the pub - will the other party accept his offer and what exactly is he up to? 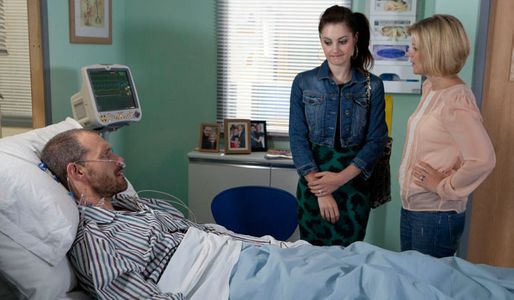