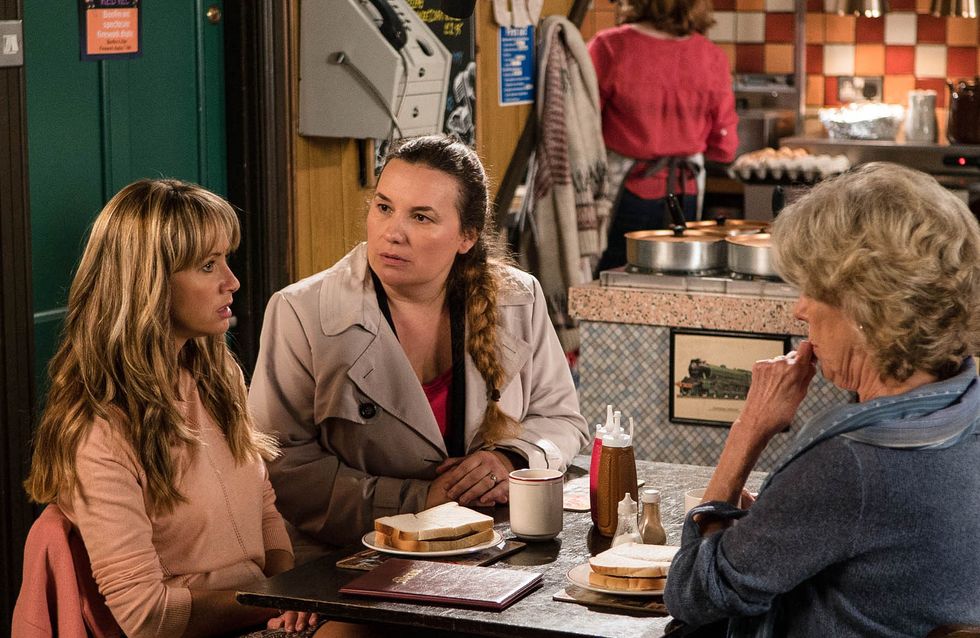 In an attempt to save face, Zeedan tries to retract his proposal but Rana surprises him by telling him she would love to get married - Zeedan’s thrilled. Zeedan and Rana share their happy news with the family and a thrilled Yasmeen suggests they throw an engagement party. Aside, Sharif makes it clear to Sonia that she’s not welcome, so when Alya makes a bitchy remark, hurt Sonia reveals her affair with Sharif has been going on for 7 years - Alya’s devastated; she originally believed it was only one night. Later, Sharif suggests to Sonia it’s time to end their fling but, unbeknown to them, a shocked Yasmeen overhears. Devastated, what will Yasmeen do next?

As Maria arrives for work, she’s shocked to see the police searching her flat. Aidan berates Kate for involving the authorities but Kate’s defensive, convinced something has happened to Caz. Later, Fiz confides in Kate how Caz told Tyrone that Maria was bombarding her with abusive texts and at Kate’s insistence, Fiz passes the information onto the police. With the evidence mounting, officers question Maria about her marriage to Pablo - is it only a matter of time before her calm facade slips?

Gemma admits to Alex she’s secretly sleeping in the kebab shop as she daren’t return to the estate as she fears for her life, how will Alex respond?

In the factory, Johnny announces that they’ve received an order for 30 basques and Alya’s delighted that her business venture is finally off the ground. Michael confides in Andy that he’d like to renew his vows with Gail.​​​ 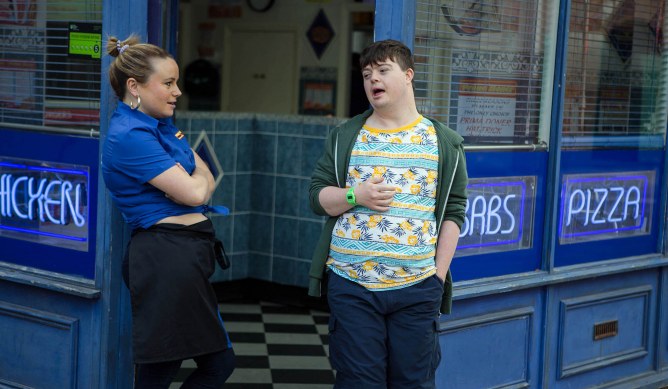