Peter is pretty annoyed that Carla invited Rob to the wedding, but promises her that he’ll be there. Simon panics and tells Peter he doesn’t want to be best man anymore, so Steve has to step up to the occasion.

Fiz is stunned when she sees Christian, who is looking for Hayley. He leaves, but is adamant that he will see her eventually.

Tim blames himself for Faye’s bad behaviour and thinks he’s a naff role model. Sally subtly tries to urge him to get a better job. 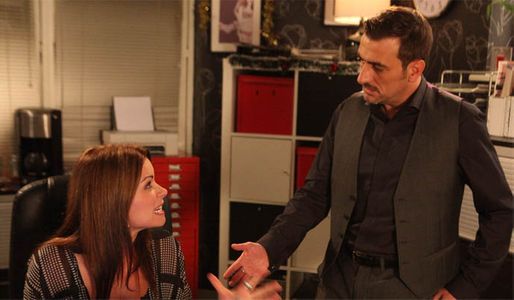