Coronation Street 02/12 - Kate Is The Key To Maria's Freedom

When Kate spots a transaction for a camera on a credit card statement she realises Caz’s game. Aware that Caz is listening in via the hidden camera, Kate tells Aidan that she still loves Caz and wishes she could see her again. Aidan reckons she’s taken leave of her senses. Caz lets herself into Maria’s flat and finding Kate alone, admits she’s been eavesdropping via a hidden camera. Believing that Kate still loves her, Caz implores her to run away with her suggesting they could start a new life. Kate maintains her act whilst secretly phoning Aidan. But when Caz tries to kiss her, Kate recoils and Caz realises with horror she’s been tricked. Will Caz make her getaway before Aidan arrives with the police or is the game up for Caz?

Erica accompanies Mary to the doctors. Having examined her, the doctor confirms she’s nothing to worry about but Mary’s unconvinced and insists she has a scan, what could be playing on Mary’s mind?

Has Zeedan done enough to win Rana back round with his impromptu wedding ceremony? Will they be spending their first day as a married couple or has Rana had enough of Zeedan blowing hot and cold?

Norris helps Brian to move his things into No.3 while Brian offers to cook a meal for Norris and Sean to show his appreciation. Tyrone offers a welcoming solution to a glum Freddie’s problems. As Tim has the archaeology team digging over his allotment in the search for ancient pottery, Roy watches with interest. What is Tim up to?​​​ 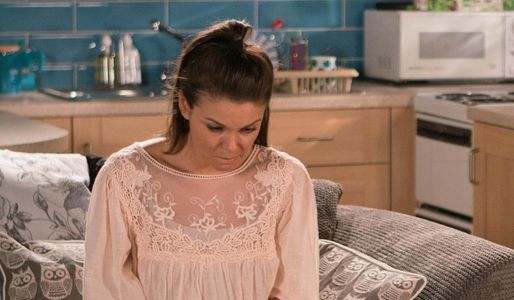