Ken comes round in hospital. He’s aghast when the police inform him that someone attacked him and left him for dead. Unable to recall the night in question, Ken takes exception when Mackinnon hints that a family member could be responsible. The Barlows visit Ken. He’s surprised to see Peter, Tracy and Adam, given their recent acrimony towards him. Ken eyes his family with suspicion, desperately trying to jog his memory. Adam’s embarrassed when Ken mentions his dabbling in drugs but plays it down in front of the others. As the Barlows start bickering, Ken suddenly feels overwhelmed and, hitting the panic button, summons a nurse to remove them all.

Adam admits he never went back to Canada leaving Tracy, Daniel and Peter even more wary of his lies. Adam asks Rosie to give him an alibi. Rosie refuses but when Adam threatens to expose her drug smuggling and drag Sally’s name through the mud, she’s torn between the devil and the deep blue sea.

Sinead refuses to visit Ken, saying it should just be family at his bedside. Back from the hospital Daniel explains to Sinead that Ken has no memory of the night he was attacked and therefore still thinks she’s pregnant.

Simon asks Peter to retrieve his confiscated mobile phone from his history teacher. Audrey breaks her arm when she trips in the salon. Still brooding over Seb, Faye turns down Anna’s offer of a pub meal, saying she’s staying in to work on an art project with Craig. However Craig lets slip to Gary that he has no plans with Faye.

Peter tracks down Simon’s teacher and asks for Simon’s mobile. Peter tries without success to crack the security passcode on Simon’s mobile. Unable to access Simon’s phone, grim-faced Peter fetches a hammer and smashes it to bits before retrieving the SIM card and cutting it up. What is Peter trying to hide?

Ken calls the police back to his bedside and, with a heavy heart, admits that his family could well have motives for attacking him. DS Mackinnon is taken aback to learn of the various grievances Ken’s family held against him. Mackinnon calls at No.1 to question Adam about Ken’s account of their feud. Adam’s forced to admit he never left the country but confidently asserts that he was with his girlfriend Rosie on the night in question. Will Rosie verify Adam’s alibi?

Sinead drowns her sorrows in the Rovers. Having been summoned by a concerned Chesney, Beth drags plastered Sinead out of the pub. Beth’s deeply alarmed when Sinead bitterly blames Ken for killing her baby and wishes whoever attacked him had finished the job.

Rita and Audrey are intrigued to note a charged moment between Brian and Cathy, and wonder how Roy would react. Gary accuses Faye of lying about doing art with Craig while planning to meet Seb. Faye tearfully insists that Seb’s history and she just wanted to be alone. Is she telling the truth? ​​​​​​​ 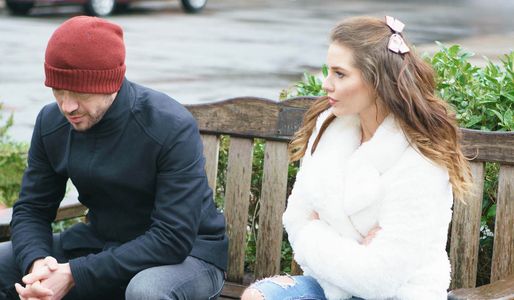