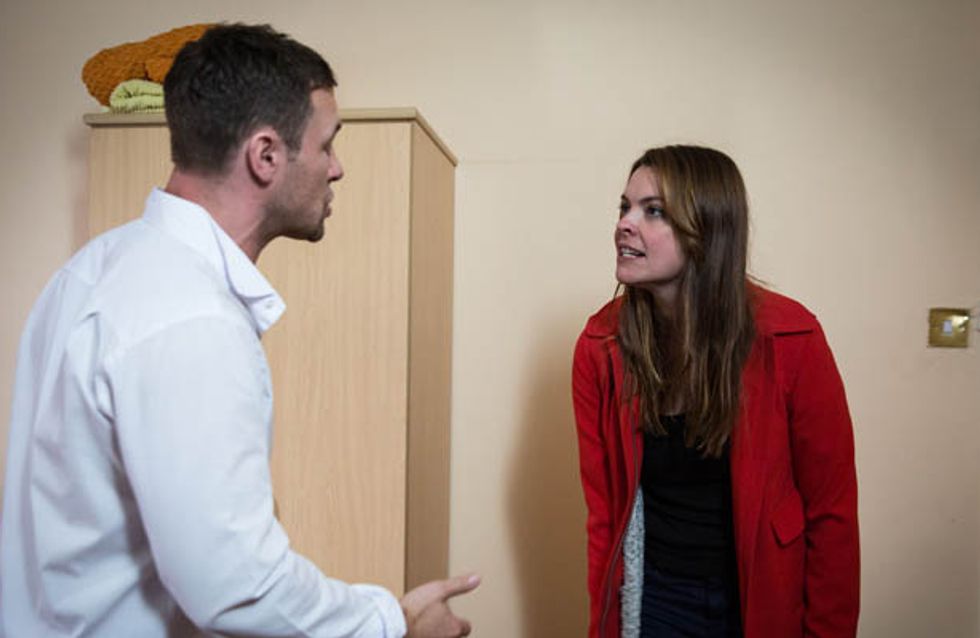 As the net closes in on Rob, Tracy faces up to the future, but is it as a married woman? Rob’s on the run and when Tracy gets a call from an unknown number she’s shocked to hear what Rob has to say. Telling Tracy he loves she and Amy more than anything, Rob begs Tracy to meet up with him and bring some cash. Will Tracy agree?

As Liz opens her birthday card from Tony she tells him she can’t believe he was so stupid as to get involved with Tracy Barlow. Will Tony be able to win her round with a surprise romantic meal in the back room of the Rovers?

Following a suggestion from Audrey, Maria calls in the garage and asks Luke if he’ll come with her to look at a car she’s thinking of buying.

Elsewhere Michelle’s at her wit’s end as she tries to juggle her work commitments. Michelle’s hurt to discover Steve volunteered to do a double shift at Street Cars and is clearly avoiding her. After several wasted phone calls, Michael gets hold of his cousin Elaine who provides him with a possible address for his son Gavin. Gail wishes him luck as he sets off in the hope of finding his son.

When Beth calls at No.1 to see Tracy, Ken’s alarmed to discover she’s missing. At the B&B Rob explains to Tracy how he never intended to kill Tina and wishes things were different. Tracy accuses Rob of risking everything for Carla. As Ken searches in vain for Tracy, worried what might have happened to her, it’s decision time for Tracy. Handing Rob some cash, will Tracy be able to face a life without the man she loves or will she agree to go on the run with Rob?

As Maria drives Luke to a country cottage where she’s made an appointment to view a car, they bicker over her driving skills. They’re out on a test drive with the car’s owner when he suddenly becomes unwell and they hastily call an ambulance. As Maria and Luke set off on foot back to the house, they blame each other for their disastrous day.

Tony works his charm on Liz.

Elsewhere Eva does her best to encourage Todd and Eileen to mend bridges and talk to each other but Jason wades in and orders Todd to leave. Michael arrives home drunk, explaining to Gail how he searched the pubs of Manchester for Gavin and a barman said that he would get an address for him. 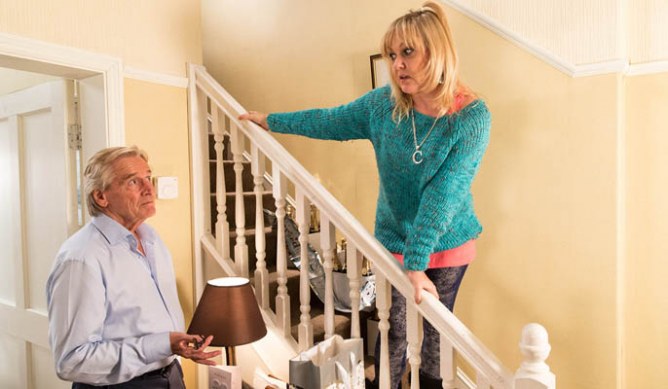