Coronation Street 03/8 - Sarah and David are forced to confess 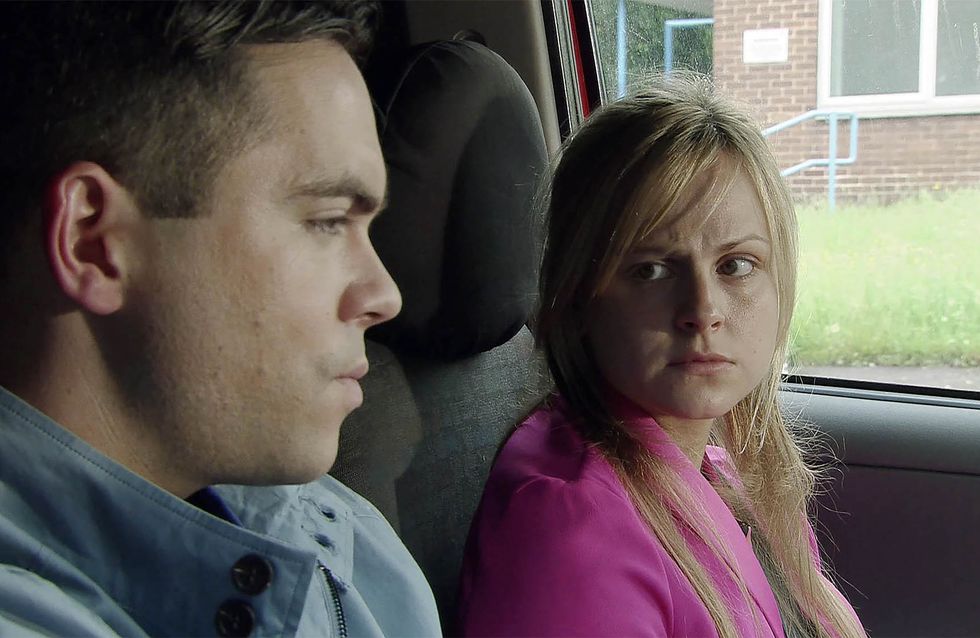 Worried David will do something stupid, Sarah begs him not to go after Todd and promises that she’ll talk him round. Sarah finds Todd about to set off in Phelan’s van. Todd tells her he’s going to the police station and she can’t stop him. Outside the police station, Sarah begs Todd to hear her side of the story and reliving that fateful night, explains how Callum was going to kill her but Kylie stepped in and saved her life. Sarah implores Todd to bury the truth for the sakes of Max and Lily. Will Todd agree? Meanwhile a vulnerable David sits by Kylie’s grave and admits he’s struggling to keep his anger in check.

Michael finds Eileen in the cab office clearly upset. She explains she’s worried about Jason and she’s fallen out with Phelan. Eileen reveals toMichael how Phelan said some hateful things about Todd. Michael explains that Phelan feels threatened by Todd as Todd can see through him. Eileen’s thrilled when Jason phones from a Thai hospital and explains he was drunk and fell off a wall but he’s on the mend. Handing her some flowers by way of an apology, Phelan tells Eileen he loves her. Will Eileen forget his harsh words?

Nick takes Max to the bistro for the takeaway of his choice and is taken aback to find the place in complete chaos. Steph explains that they’re short staffed. At the end of her tether, Steph announces she’s taking a break whether Robert likes it or not. Knocking back the wine, stressed out Robert promises Steph he’ll sort it and hire some more staff.

Determined to give Kylie a fitting send off, Freddie and Gemma put some upbeat tunes on the jukebox and enjoy a dance. Audrey watches Freddie admiringly. When Craig describes his ordeal with Macca, Beth’s overcome with pride but her mood quickly changes when Craig tells her it’s made him realise he’d like to join the police. Ken invites Audrey for dinner next week but she’s preoccupied with Freddie and Ken’s put out. As Audrey and Freddie wait for a cab they share a tentative kiss.​​​