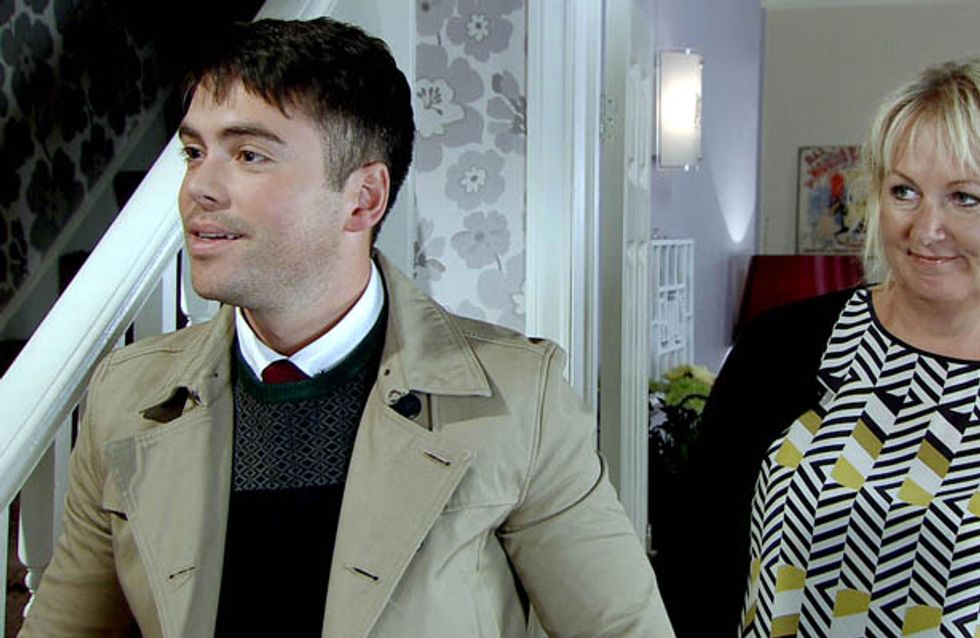 Eileen’s excitement about Todd’s impending arrival is marred when Todd’s furious boyfriend Alex arrives, accusing Eileen of hiding Todd and demanding that she tell him where he is. Alex tells Eileen that Todd ripped him off and dumped him, and that he’s a serial liar. Eileen kicks Alex out, but how sure is she of her son?

As a distraction Roy throws himself into redecorating. But when Anna comforts a clearly upset Roy, will he tell her the truth about Hayley?

Grace sets about causing trouble for Sally with Faye. Will she go too far this time?

Elsewhere Leanne and Nick move back to Victoria Court.

Eileen asks Todd about his life in London and receives nothing but lies in response, leaving Eileen struggling to keep face. When Alex shows up at the Rovers, Sean accidentally lets it slip that Todd is at Eileen’s, and a concerned Jason pursues Alex when Alex races to the Grimshaws, demanding answers from a horrified Todd.

Roy is unable to bear the burden any longer and confesses all to Anna about Hayley’s plan to kill herself. He instantly regrets his decision and rushes out.

After Sally nips to the shops to get the girls sweets, she is confronted by an angry Tim, who the girls have texted to say they had been left home alone and thought they heard a burglar. Will Sally realise she has been set up?

Elsewhere will Leanne let Kylie have her job back at the Bistro? 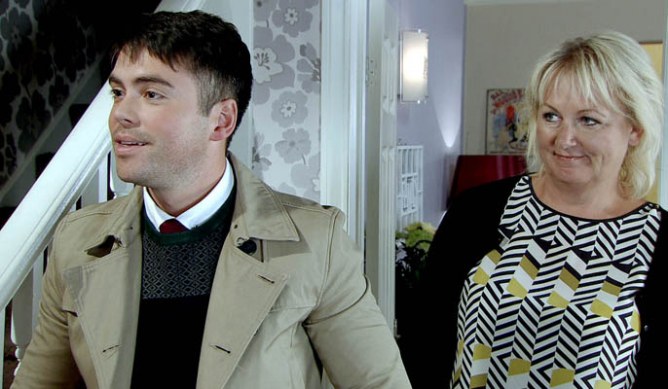