Coronation Street 10/11 – Peter's out and back on the street 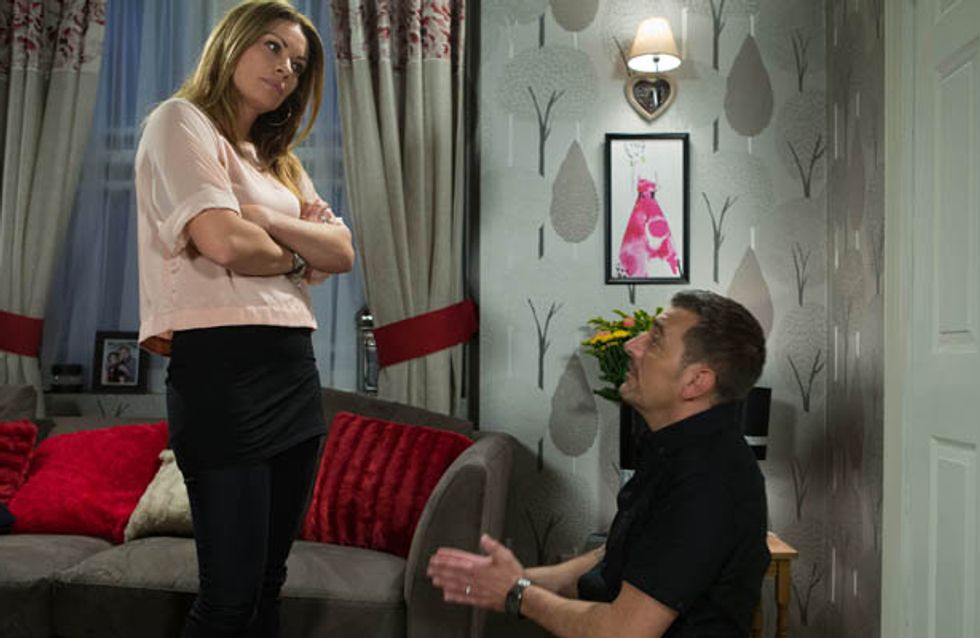 Ken excitedly plans a party tea as Peter arrives home. He’s thrilled to see Simon and hands him the diary he kept in prison. Steve shakes Peter’s hand and offers an awkward apology. Will Peter accept? Meanwhile when Carla takes the factory girls to the Rovers to celebrate a new order, Peter enters and locks eyes with Carla. Do the pair have unfinished business?

Eaten up with guilt, Eileen tells Jason that as soon as Todd is discharged from hospital he’s moving back home. Eileen, Jason, Julie and Sean visit Todd in hospital. Todd demands a mirror and is horrified to see the extent of his injuries. The doctor confirms it’s likely he’ll be scarred for life. Todd’s distraught and shouts at his family to get out.

Tim’s preoccupied and Sally’s suspicious, convinced he’s keeping something from her. Knowing Sally suspects something is going on, Tim tries to back out of his reading lesson but Anna refuses to let him, pointing out he’s doing it for Faye. Tim calls in the factory with flowers for Sally and tells her how much he loves her. Sally’s suspicions are heightened.

Katy announces she wants to train as a paramedic. Chesney’s scathing whilst Yasmeen is supportive. Gary and Alya continue their secret relationship, making plans to meet in town.

Peter pleads with Carla to give him 5 minutes and hear what he’s got to say. In the Rovers back room Peter thanks Carla for handing him a life-line. Carla makes it crystal clear she didn’t do it for him but for the sake of justice. So how will Carla react when Peter suggests they could try and make another go of it? Peter’s desperate and casting dignity aside he gets down on his knees and tearfully begs Carla to take him back.

Todd apologises for his outburst and explains how he’s going to be scarred for life. Eileen confides in Jason, Julie and Sean how she feels she let Todd down and blames herself for his attack. As Todd stares at his disfigured face in the mirror he breaks down.

As Cilla pals up with Craig, Chesney watches with a pang of jealousy before storming out of the house. Opening up to Rita, Chesney explains how he wishes his mother had made the same effort for him as she does for Craig.

Sally, wearing a sexy dress, surprises Tim with a romantic meal. But when Tim acts shiftily, aware he should be at Anna’s for his reading lesson, will Sally’s suspicions grow? Kal tells Zeedan he could do much better than labouring for Tony. Gary and Alya secretly head on a date. 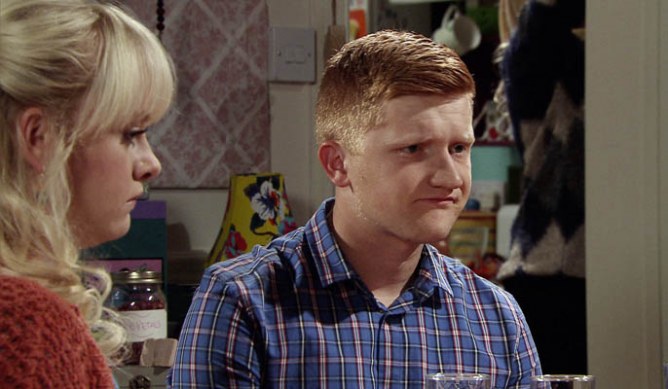