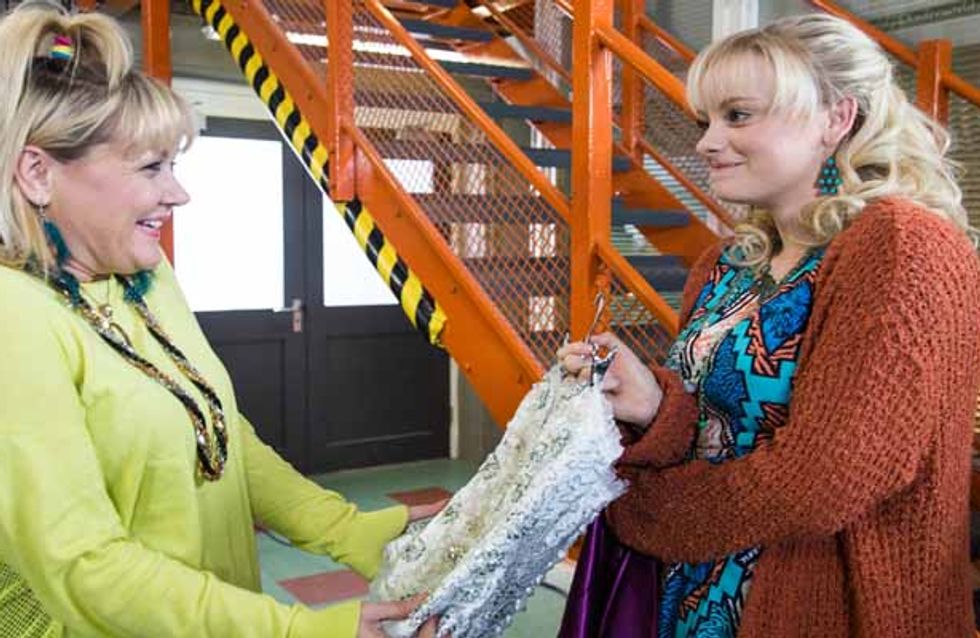 The Platts warn David not to mess with Callum and his mates as they’re dangerous. But refusing to do nothing, David calls the police, telling them about Callum’s drug-dealing and how he supplies his wife with drugs and now she’s missing. The Platts worry David’s made matters worse by involving the police but David’s adamant he’s done the right thing. However as Max rides his bike on the street, he comes face to face with Callum. Is Max in danger?

Michelle meets a new client, Hamish, who asks her to organise his daughter’s 21st party. When Hamish calls in the Rovers and asks Michelle out for a drink, Michelle declines. Eva thinks she’s mad. Regretting her decision, will Michelle go after him?

Kirk frets about his wedding costume and his speech. But when Sinead unveils the finished basque to Beth she’s speechless, bowled over by Sinead’s work. Meanwhile Chesney admits he’s struggling to write his best man’s speech.

Anna returns to work at the café making it clear she’s only doing it for the money. Roy’s saddened. Alya suggests to Izzy that they try to get on as they have to work together. Will Izzy agree?

Callum lures Max to the Red Rec. Max questions Callum about his Mum, wanting to know where she is. Meanwhile Michael discovers to his horror that Max is missing. Worried sick David calls the police, but deep down, suspects Callum may have taken him. As David, Nick, Audrey, Gail and Michael panic, Callum strolls down the street with Max in tow. Casting a menacing look at David, Callum tells him to meet him in the Rovers as they need to talk. Callum warns David never to involve the police again and admits he’s no idea where Kylie is!

Michelle catches up with Hamish, intending to tell him she’s changed her mind, but she bottles it. However when Steve’s unapologetic for leaving Andrea and Eileen to sort out his mess at Streetcars, Michelle’s had enough and biting the bullet she phones Hamish, telling him she’d like to meet him for a drink after all. Hoping to make Steve jealous, Michelle tells him about her date. Will she get the reaction she’s looking for?

Beth’s family arrive in preparation for the wedding. Beth introduces Kirk as her fiancé. Agnes, Nancy and Arlene are underwhelmed, having mistaken Jason (who’s working at the flat) for her husband to be. Kirk’s offended. Beth assures her Mum that Kirk is the best thing that’s ever happened to her, will Nancy be convinced?

Maria breaks the news to Luke that she won’t be taking him to the wedding as she wants to take things slowly. How will Luke react? 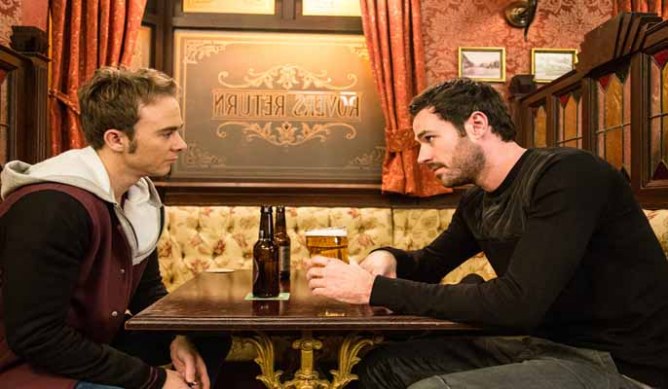