Anna's horrified to hear what Faye's been through but Owen ensures she hides her anger to comfort Faye. Faye begs Anna not to blame Tim for what's happened, but her mum's anger is obvious. When Jason admits Tim actually stayed on in Newcastle for a woman, Anna's appalled.

Elsewhere, Peter instantly blames Nick after finding his car has been keyed. Nick denies it but all evidence points to him. As Gail worries about Nick, David's anger is directed at her and he blames his mum for his unhappy childhood. A frustrated Kylie decides to confront her man.

Also, Roy has a last minute wobble at the doctors' and Katy's forced to tell Ryan he can go to his gig alone as it's her night with Joseph.

Anna confronts Tim for neglecting Faye, but he's shocked and insists he thought she was with her. Later, Tim apologises to Faye and feels even more guilty when he realises Faye didn't say anything to protect him. Faye asks Tim if he really wants her to live with him.

Elsewhere, Sinead and Chesney go for a drink and she angles to go back to his, but he claims he wants an early night and walks her to the bus stop. Katy passes by and clocks Sinead's frustration, so decides to ask her how things are going with Chesney.

Also, Beth and Kirk are shocked to see Ryan with another girl and David encourages Leanne's idea for a student night after Nick makes it clear he's unsure. 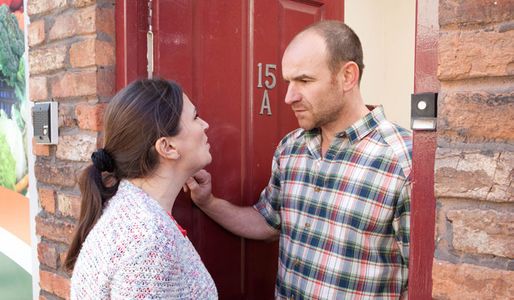